Love and sexuality in the writings of Kamala Das 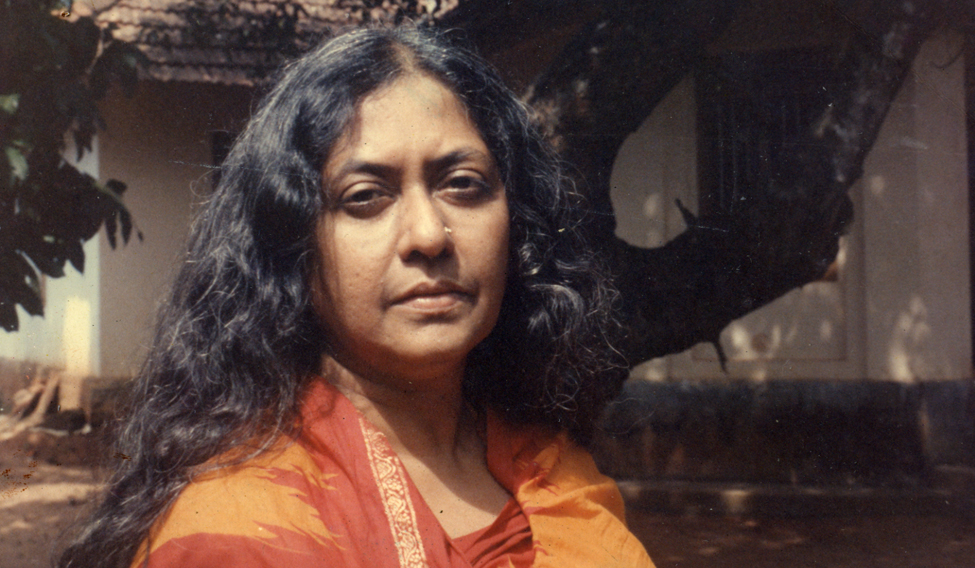 Aami, a Kamala Das biopic, will release on February 9

There is a charm around Kamala Das—the unapologetic poet, the enigmatic mistress of words—that still continues to lure readers, despite her demise almost a decade ago. Kamala openly introduced a generation to a subject that was taboo those days—she spoke on topics like coming of age and sexual yearnings of a woman. In her time, bold Kamala was certainly a trendsetter; an iconoclast who defied all conventions. Kamala’s writings open a window into the intricacies of the female mind, thought process, her tussles with the patriarchal setup to which she was bound, her quest for love, and her acknowledgement of the body’s carnal desires.

Kamala, in word and deed, left behind many strong lessons for the women of yesterday, today and tomorrow.

Connect with your body: Kamala explored the human body, its nook and crannies, and took heed of its needs in her writings. She never shied away from laying bare the raw emotions of man and woman, exploring love and lust through the contours of the body. Her writings often concretised her biding love for the human body, and its intimate details and processes.

In her poem The Looking Glass, she writes:

“notice the perfection of his limbs, his eyes reddening under

shower, the shy walk across the bathroom floor,

dropping towels, and the jerky way he

urinates, All the fond details that make

Him male and your only man. Gift him all,

Gift him what makes you woman, the scent of

Long hair, the musk of sweat between the breasts,

The warm shock of menstrual blood, and all your

Not just her love for the body, Kamala also connected with her physical insecurities and nakedness.

Whenever he tried to strip me of my clothes, my

Shyness clung to me like a second skin and

made my movements graceless. Each pore of

my skin became at that moment a seeing eye,

an eye that viewed my body with distaste .

But during my illness, I shed my shyness and

for the first time in my life learned to surrender

totally in bed with my pride intact and blazing

Explore your sexuality: A prime feature of Kamala’s poetry was the constant attention to female sexual life. Her controversial autobiography Ente Katha (My Story) stirred up a hornet’s nest as she gave a brutally honest depiction of her childhood, coming of age, sexuality, emotional clashes, marital issues and extramarital affairs. As a child, an adolescent, a young wife, and an old woman, Kamala explores various aspects of a woman’s journey to connect with her sexuality. In Composition she writes: now here is a girl with vast sexual hungers, a bitch after my own heart.

Kamala often touched upon homosexuality—be it the attraction among young girls at the boarding school, or an episode that described her husband and his friend. In My Story, Kamala writes: At this time my husband turned to his old friend for comfort. They behaved like lovers in my presence. To celebrate my birthday they shoved me out of the bedroom and locked themselves in. I stood for a while wondering what two men could possibly do together to get some physical rapture, but after sometime my pride made me move away.

Stand up for yourself: In a recent article by Madhav Das Nalapat, Kamala Das’s son, he wrote: Kamala (Suraiya) lived her life in the way celebrated in Frank Sinatra’s song I did it my way. She lived her entire life her way, and those who loved her (including her husband and her sons) would not have had it otherwise. For a woman with no formal education or a degree, who was married away at the age of 15, Kamala came long way. Her literature has gained national and international recognition, and brought her laurels. In her own way, she rebelled against patriarchy, and the boundaries set by society. At the age of 65, she took yet another decision that caused furore—to convert to Islam. Coming from a Nair family, that is also said to have its roots in royalty, this decision of Kamala came as shocker. What the world saw next was Kamala dressed in a burqa. While there are controversial theories surrounding her conversion, and debates on the implication of it, Kamala’s decision stood out as a person’s right to make their choices. As she wrote in the preface of My Story: “Some people told me that writing an autobiography like this, with absolute honesty, keeping nothing to oneself, is like doing a striptease. True, maybe. I, will, firstly, strip myself of clothes and ornaments. Then I intend to peel off this light brown skin and shatter my bones. At last, I hope you will be able to see my homeless, orphan, intensely beautiful soul, deep within the bone, deep down under, beneath even the marrow, in a fourth dimension.”