The curious case of Osho’s death 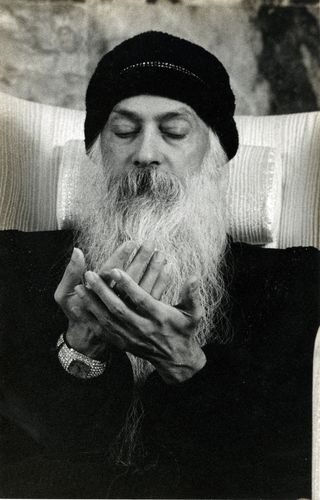 Osho, or Acharya Shree Rajneesh, the spiritual master who preached about the meaning of life, religion, spirituality and sexuality, ‘left his body’ under suspicious circumstances on January 19, 1990, at his ashram in Pune. The controversial guru’s take on death was that it was something to be celebrated, not feared. However, nearly three decades later, the cause of his death continues to be shrouded in mystery. Did he die a natural death? Was he poisoned by his close aides?

Pune-based journalist Abhay Vaidya is now out with an investigative book titled Who Killed Osho? He traces the history of the Osho movement as well as accounts of the deaths of Osho and his ‘soulmate’ Nirvano.

Vaidya asks Rashomon-like (a 1950 Japanese classic film about the differing versions of the truth) queries in the book that just gets curiouser and curiouser about Osho’s death.

If Osho did die a natural death as claimed by [his personal physician] Amrito, where was the need for the extreme secrecy at the time of his death? Why was Dr. Gokani who was hurriedly brought to the Commune on January 19, 1990 to issue Osho’s Death Certificate not allowed to see Osho in his last moments? Why did Amrito wait for Osho to die before allowing Dr. Gokani to see the body? Why was Osho cremated in a tearing hurry?

There are three critical aspects to Osho’s death which demand close scrutiny. The first is the extraordinary secrecy around Osho at the time of his death. This was followed by his speedy cremation, and then came the elaborate, almost minute-to-minute official account of his death as presented by Amrito through a statement that he read out. When read carefully and dispassionately, this account appears theatrical and contrived, inspired, most likely, by the account of the final hours of the 4th century BC Greek philosopher Socrates whom Osho admired immensely. Since the Indian guru was hailed and worshipped as an ‘Enlightened Master’ and a mystic by his followers, it only seemed appropriate that he could not be allowed to die an ordinary death without an element of mysticism.

Was the account of Osho’s death a factual account? Or was it drafted by a scriptwriter after careful thought and multiple revisions? If Amrito’s account is to be believed, it would seem before dying, Osho said all the right things and pressed all the right buttons. He began by taking a shower and putting on a robe in the morning (Satya Vedant’s version). After that, Osho instructed that many of his personal effects be given as gifts to his sannyasins, including to the Indian doctor who issued his Death Certificate. Osho then asked for [Swami] Jayesh and left him his dream to be fulfilled. He named Anando as his “medium” through whom he would communicate after death and issue guidance to the Commune. He gave elaborate instructions for his Samadhi to be beautified with marble. In addition to saying all this to Amrito in the last conversation of his life, Osho did not forget to accuse the American government and “Christian fundamentalists”­ very precisely—of poisoning him during his incarceration in an Oklahoma jail. He turned down Amrito’s suggestion for emergency medical assistance and preferred natural death. Finally, he asked for a quick cremation, wanting his body not to be kept in the Buddha Hall for more than 10 minutes. When Amrito felt his pulse fading rapidly, he said to the Master, “Osho, l think this is it,” and Osho closed his eyes, and bravely embraced death.

Even Anando who was otherwise closest to Jayesh and Amrito among all the other sannyasins, was kept in the dark. She was told later that Osho had remembered her in his dying moments, but, by her own admission, was not called to see him although she was in Lao Tzu House on that day.

The 1995 annual issue of 0sho Times, an official publication of the Osho Commune, published an interview with Anando which proved to be revealing on two counts: the approximate time of Osho’s death and the anointing of Anando as Osho’s “medium”—the person through whom Osho would communicate with his followers after his death. The interview was conducted five years after Osho’s death when the controversy around his death had not just subsided but been forgotten. The interviewer, Amrit Sadhana, asked Anando the significance of Osho’s words at the time of dying: “Anando will be my medium”. Sadhana notes in her interview in Hindi titled; ‘Aakashganga ke tat par’ (On the edge of the galaxy): “As I asked this question, Anando suddenly became silent. She closed her eyes, became introspective and then said, ‘I don’t know. Osho never told me anything. He said this to Swami Jayesh and Amrito and then merged with the infinite sky.’”

The announcement made by Amrito in the Buddha Hall did not mention a word about Dr. Gokani examining Osho’s body and declaring him dead before issuing the Death Certificate. Amrito’s statement made no mention of Osho having taken a shower on the morning of January 19 and putting on his robe, as claimed by Satya Vedant in his account of Osho’s last day. In an interview reproduced in Allah to Zen by Ma Chetan Unmani and Swami Chaitanya Keerti, Satya Vedant has said: “And you will not believe this, but He went into the bathroom, took a shower, came out and put on His robe by Himself. He said: ‘You do only one thing, you just put my socks on and my cap; you take me to Buddha Hall for 10 minutes and then take me to the burning ghat.”

Satya Vedant’s version that Osho took a shower in the morning and then put on his robe himself, finds no mention in Amrito’s account. Amrito begins his carefully-prepared statement on Osho’s death by saying that Osho was in considerable pain and his body was becoming noticeably weaker over the past few days. By the night of the 18th, the pain in his legs was so severe that he could not come to the Buddha Hall. Over that night, Osho became still weaker “and every movement of the body was obviously agonizing.” By 19th morning, his pulse had become weak and irregular.

Why was Satya Vedant then claiming that on the morning of the 19th, Osho had taken a shower by himself and put on his robe? Vedant provides an explanation in the interview by saying that Osho left his body in a very conscious manner, as was done by “Zen masters” about whom he spoke often. Reinforcing the story presented by Amrito, Vedant says, that until the last breath, Osho was conscious. “This is what the death of a master is: to die consciously, with full awareness, aware at the last moment that death is coming.”

On March 18, 2016, the author interviewed Satya Vedant during his visit to Pune, drawing attention to his statement: “And you will not believe this, but He went into the bathroom, took a shower, came out and put on His robe by Himself.” When asked for the source of this information as there was no mention of it in Amrito’s account, Satya Vedant drew a blank. He said, “I don’t remember who told me that.” He could not explain the reason for the extreme secrecy around Osho’s death. “Lots of things are said and heard but I have no way to figure out, to check or to find out,” he said. The former Chancellor of Osho Multiversity, however, remembered clearly that it was Jayesh who had made the announcement of Osho’s death at the emergency Inner Circle meeting.

Immediately after Osho’s death, Jayesh, as Chairman of the Inner Circle, and Amrito, as his deputy, took complete control over the Osho Commune, its trusts and properties. They took extraordinary decisions and exercised their authority over everyone in the Commune by claiming that Osho had given the two of them a set of instructions before dying. There was a new halo of power around Jayesh as he was now the custodian of Osho’s dream. Was the ‘I Leave You My Dream’ and the rest of Osho’s purported instructions to Jayesh and Amrito from his deathbed, a fabricated story? Many of Osho’s followers believe so in the absence of hard evidence presented by the Commune.

Dr. Gokani is one such disciple who insisted that he wanted to see a video before he could believe the ‘I Leave You My Dream’ story. He stressed that every small moment of Osho’s life had been video-taped by the Commune—“even when he went to the bathroom”—Dr. Gokani said angrily, for effect. How come Osho was not video-taped or even audio-taped at a time when he was giving the message of his life—that someone will be his medium and that he is leaving his dream with Jayesh, to be fulfilled by his followers, asks Dr. Gokani.

He found it hard to accept that Osho could have said any such thing. “Can an enlightened person who is shaking everyone out of their dreams say to someone, ‘I Leave You My Dream’?” Dr. Gokani had serious doubts about this claim on the very day it was made in the Buddha Hall by Amrito.

In the days following Osho’s death, the author had asked Keerti for evidence in the form of a Will or an audio/video recording to support the claims and assertions made by the Commune about Osho’s last instructions. Echoing the Commune’s official position, Keerti said there was no Will left behind by Osho. He was furious when asked for audio/video recordings and said: “Our Master is dying and you expect us to video-tape him? Hold a microphone in front of his mouth?” Dr. Gokani did not find this outburst rational. If Osho was indeed making the ‘I Leave You My Dream’ statement and leaving behind other instructions, “it means he was totally conscious and fit enough to be videoed,” was the doctor’s opinion. 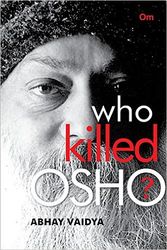