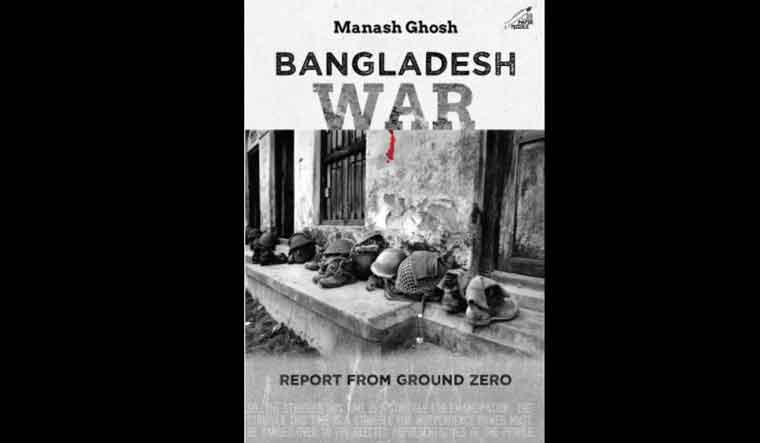 India is celebrating the golden jubilee of its military's success in liberating Bangladesh from Pakistan in 1971. Both India and Bangladesh are organising several events to mark the occasion.

The Bangladesh Liberation War of 1971, also known as the Muktijuddho, was a result of the total alienation of the Bengalis of East Pakistan from the non-Bengalis of the West, setting off a violent political upheaval in the eastern unit of the country. It ultimately led to the formation of the People’s Republic of Bangladesh.

The first-hand account of the Liberation War has been written by Manash Ghosh, former journalist of The Statesman. The author, then a mere cub reporter, had predicted the coming of the war as early as in January 1971 by writing an article in the Sunday Statesman titled ‘When Brother meets Brother’. Ghosh was the first foreign journalist to enter erstwhile East Pakistan to report the mayhem that the Pakistan military had unleashed on unarmed Bengalis while executing 'Operation Searchlight.'

When the conflict started, he was one of the very few Indian journalists who covered the epochal event from the very beginning until the final surrender by the Pakistan military in Khulna on December 17. Pakistan brigade commander Brigadier Hyat Khan, who justified the fierce battle in Khulna where he and his men had put up had told Major General Dalbir Singh (Indian army) that he was given the 'wrong impression' by Dacca's Eastern Command that American 7th fleet would come to his brigade's rescue and evacuate its men. When he found that the American fleet had begun steaming away from the bay, it was pointless to continue the fight.

To witness the Pakistani surrender on December 16, the author was embedded with the 9th mountain division led by Major General Dalbir Singh. The author also described the Indian army's masterstroke to outflank the heavily defended Pakistani positions by surrounding them and forcing them to surrender. The IAF's rocket attack on the Governor's House in Dacca on December 14, forced Governor Abdul Malek to seek refuge in a Red Cross camp. Overnight, the scene changed dramatically.

The fast-paced Indian advance, coupled with Mukti Bahini's daring assault on Pakistani positions around Decca, robbed the Pakistanis of their will to fight.

The highlight of the book is the narrative of how Bangabandhu, impelled by the ruling military junta's exploitative and discriminatory policies towards the Bengali people, evolved the Bengali mindset for waging a Muktijuddho for their independence. It gradually inspired them to wage a liberation war with Indian help and win freedom. Having gone deep inside East Pakistan to cover the liberation war and being on good terms with sector commanders of the Mukti Bahini and senior Awami League leaders, the author provides many hitherto unknown facts which add a different dimension to this book.

The book talks about how Indian generals like Shahbeg Singh and Sujan Singh Oban, who raised and trained the Mukti Bahini, transformed in a matter of weeks thousands of unlettered Bengali youth, mostly from the peasant stock, into highly motivated and much-dreaded guerrilla fighters who struck terror in the hearts of the Pakistan military.