JCB Prize for Literature won by M. Mukundan for 'Delhi: A Soliloquy' 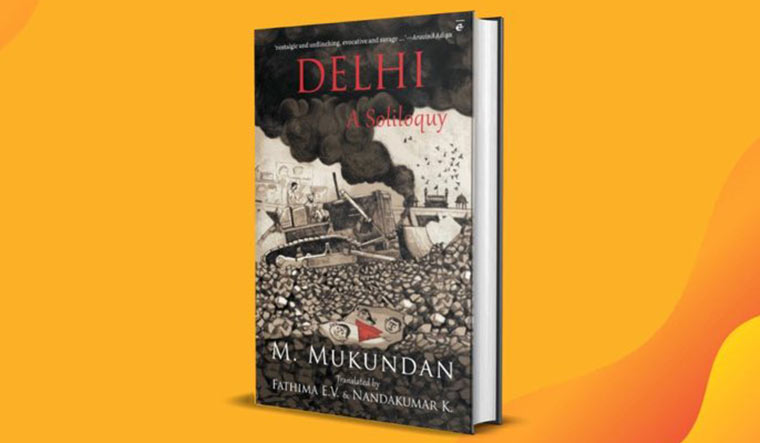 Scoring a hat-trick of sorts for Malayalam literature in translation, M. Mukundan won the JCB Prize for Delhi: A Soliloquy in the capital on Saturday.

"It is a novel of the poor and wretched," said Mukundan while receiving the prize. This is the third time in four years that a translated Malayalam novel has won the biggest prize for literature in India.

Written over years—Mukundan lived in Delhi for 40 years—before moving back to Kerala—was the result of his experiences. "26 years I worked. Four years I wandered. Wanderlust is very good for a writer."

Congratulations to author M.Mukundan, and co-translators Fathima E.V. and Nandakumar K., for winning the 2021 @TheJCBPrize for DELHI: A SOLILOQUY (@WestlandBooks)

This is the third time in four years that a work in translation (from Malayalam) has won ‘the Indian Booker Prize’. pic.twitter.com/BkzU3DYBdp

He travelled for years through Delhi's underbelly—walking through Govindpuri and Old Delhi; among the homeless and poor.

"Very little of the book is imagination," he said. "The hungry people can never win a prize but they can help a writer win. It is interesting," he added, dedicating his award to the poor.

The prize includes Rs 25 lakhs for the writer as well as a cash prize for the translators. "It couldn't have been translated better," he said. It took the translators—Fateema E.V. and Nandakumar K.—along with Mukundan a year to complete the project.

Published by Westland Books, the novel covers the history of Delhi from the 1960s capturing historical events from the riots to the China War.

"It is exciting that the novel has won. It [shows that] Malayalam literature in translation has arrived," says V.K. Karthika Publisher Westland books. "I was reading the book in February at the time of the riots in Delhi, sitting in the East of Kailash. Mukundan is writing about 1984...it was very spooky. I realised that you can't escape violence."