I don’t expect to see equality in my time: Michael Holding 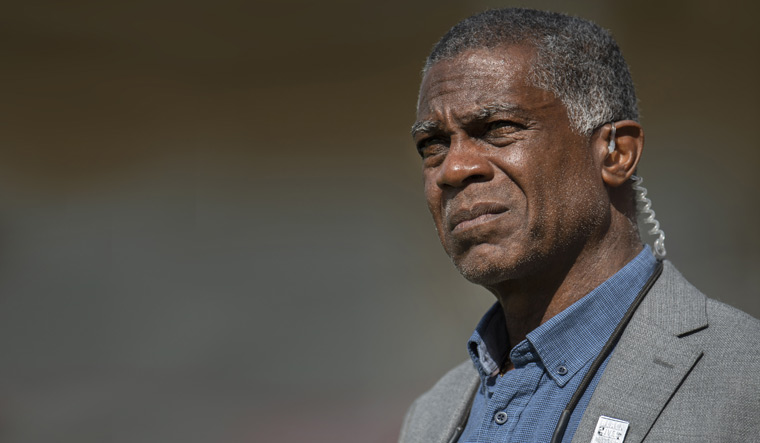 Michael Holding has never pulled his punches, be it on the field, in the commentary box or with a pen. In his latest book, the former West Indies pacer takes on a different beast—racism. Through immaculate research and fact-finding, Holding calls out incidents of racism over the years, all over the world, especially in the US and England.

If the sight of a tall, light-footed Holding running in to bowl is imprinted in many minds, so, too, will be the image of him breaking down on that wet Thursday in Southampton last July. The West Indies were playing England soon after the murder of George Floyd in the US. The players had taken a knee, and Holding said on air: “I know what my parents went through. My mother’s family stopped talking to her because her husband was too dark. I know what they went through, and that came back to me immediately.”

Growing up, Holding had been oblivious to racism; he had not seen it in Kingston, Jamaica or experienced it on the field; it was only when he walked the streets of other countries as a grown-up that he saw it.

The book is not just about how the issue of racism has been brought to the fore through the ‘Black Lives Matter’ movement, but also traces the history of racism, and tells the younger generation that this issue can no longer be brushed under the carpet.

During research, Holding also spoke to sporting legends such as Usain Bolt, Naomi Osaka, Thierry Henry, Michael Johnson and Makhaya Ntini to get their insights into the issue.

In an interview with THE WEEK, Holding not only spoke about the process of writing the book, but also made an impassioned plea to change society. Excerpts:

Q/ How difficult was it to put down in words all your thoughts on racism?

A/ Some chapters were easy, while some were difficult. The chapter on dehumanisation was especially not easy to write because some horrific things took place. It was not easy to send those chapters to my sisters in Jamaica. They told me they did not want to go through it. Some chapters were healing, like the education chapter; I was pleased to write about that.

I was nervous writing the book. I am satisfied with how it has come out, [with] the progress I have seen over time. People's mindset continues to change and hopefully we will have a better world in future. It will take a long time, but it (racism) will be ended.

Q/ How emotionally draining was the whole exercise?

A/ It was not. One must understand that this subject cannot be treated with emotion, but with facts. People understand facts. It took a lot of research and processing before writing the book.

I need this to be absorbed by people, [I am] looking to reeducate mankind about the issue. I have [through this book] given people something to learn. 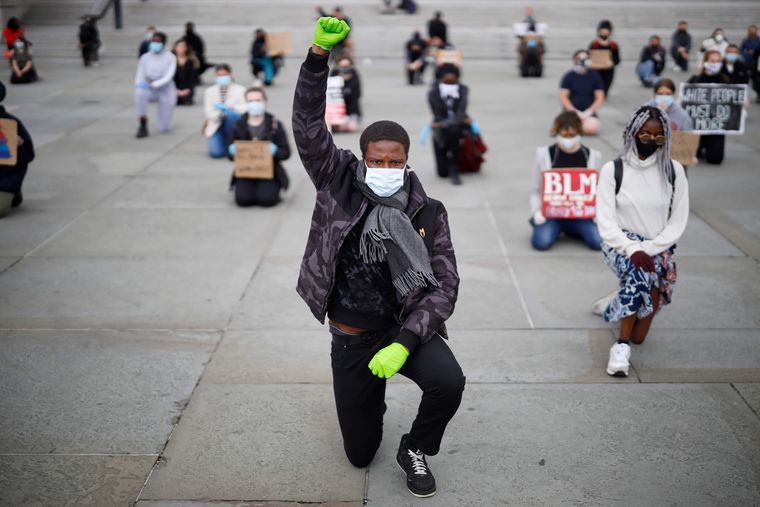 In this together: A ‘Black Lives Matter’ protest in London | AFP

Q/ It must have been a learning process for you, too.

A/ Oh yes, a big one. Someone told me I should do so [because] such fallacy had been spread about racism, so many half truths. If this is so, what was behind it? I started digging further.

Q/ You mention in the book about how generations back home have been protected from racism. Is the current generation more aware?

A/ I think they know about it. Everyone knows about discrimination but not too many know about it directly. In the Caribbean, there was not much discussion about racial discrimination in my growing days. Until something impacts you personally, you do not take further notice of it.

Q/ Was it easy to push back in the face of racism when you were travelling as a player?

A/ It was a lot easier when I was a player because I knew I was going home [to Jamaica]. I would tell myself that these people have a problem; back home I won't face these problems. I was not living in these countries. I was not living the discrimination or facing it every day.

Q/ What is the next step in your crusade against racism?

A/ I have said what I had to say, written what I had to write. I have not faced any backlash over my book. Anyone who does not like it or does not want to see a change—I don't want to worry about such people. There are many more good people in the world. There are people who want change. A history teacher came to see me and said he has started viewing history differently and would teach it differently from now on.

Q/ Have you or any of your teammates faced racism while touring India?

A/ I do not know about recent times, but whenever we were in India, we were almost worshipped. Having said that, we are aware of the caste system in India and how people suffer. Also, there is a difference between colourism and racism. For example, you need to get rid of that skin-lightening cream that is so famous in India. Colourism tells you that the white shade is better than a darker shade of skin, which is not racism; racism is about white supremacy.

Q/ What about racist incidents you experienced while travelling for cricket as player or commentator?

A/ I never experienced racism on the field in any country we were touring. Yes, we did experience it on the streets, in letters sent to our team.

Q/ You have said how important it is to keep the issue going. How challenging will it be to sustain it and bring change?

A/ It is going to be very difficult. I don't expect to see equality in my time... but I do see the atmosphere changing. People want change and hopefully this will lead to a better world.

Q/ Top athletes worldwide have raised their voice against racism. What more needs to be done?

A/ I want to see politicians start talking about it; policy decisions need to happen, not just at the corporate level. Individual sports can do whatever they can to fix the matter, but we need to fix our society. Taking the knee, for example, is a good way of signalling that we want to see a change.

Q/ You have underlined the importance of education in the eradication of racism. 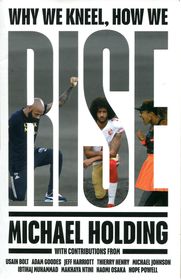 Why we Kneel, How we Rise

By Michael Holding with Ed Hawkins