Vir Sanghvi’s 416-page buffet has something for everyone 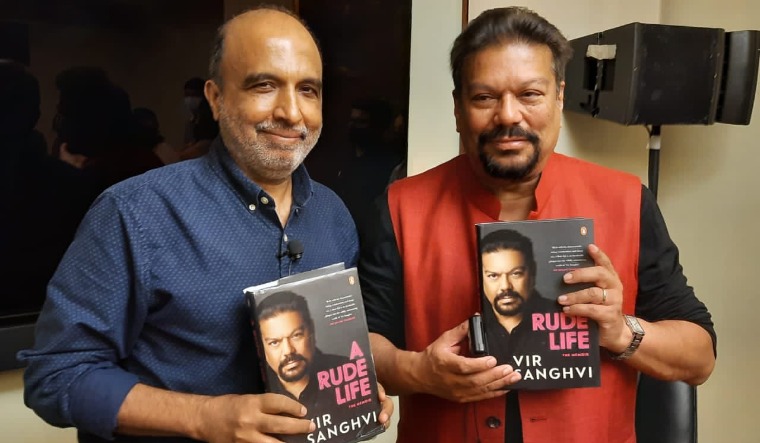 Many writers have their favourite words. Oscar Wilde, it was said, loved the word ‘importance’ – hence perhaps, ‘The Importance of Being Earnest. With journalist, writer and TV personality, Vir Sanghvi, I can bet the most preferred word would be ‘rude’. His food column was called ‘Rude Food’, followed by ‘Rude Music’, and true to form, we now have his memoirs titled ‘A Rude Life’. Why ‘rude’? Sanghvi himself dismisses it as a ‘silly name’ but does not explain why he then keeps choosing it. A rude dude, shall we say? Well, let such eccentricities not distract us, for here is an enthralling book that gives us front row seats to the reality show of Indian politics.

Sanghvi’s credentials are intimidating enough to make your average newsman consider alternative careers. He was the youngest editor in the country, and when still wet behind the ears, was appointed Editorial Director by Business Press. He is perhaps the only journalist who has been associated with three major newspaper houses at close to the apex levels, and he has breathed josh and meaning into publications that were assumed to be awaiting their turn on death row. He runs parallel careers in print and television. And the icing on the cake (no pun intended) is that he is also a food writer. This means that he can, with equal aplomb, talk to Mrs Sonia Gandhi about her prospects in a by-election as tell us about Hyderabadi Biryani losing its authenticity when it gets to Andhra.

If you are in any way connected with the media, A Rude Life will give you the backstories of many familiar figures. Not many would know that the Nobel Prize-winning VS Naipaul could turn viciously racist when he was drunk. Or that Dom Moraes – arguably India’s finest poet – considered research a menial chore, and had written a book called Bombay for the prestigious Time-Life publications, which was more about himself than the city. No publication is spared.

Decades ago, Sanghvi told K.K. Birla that his mass-selling publication is the only ‘English language newspaper in the world to be written entirely in Punjabi!’ If you don’t care for the media, you can still enjoy the book for its fluid narration and Sanghvi’s trademark ability, to sum up, a character in a few telling lines. Sample these: ‘I had the sense that it did not matter which party (Sharad) Pawar was in, he would always be in it for himself and would know how to get people to follow him.’ Film personalities feature in the book too. Raj Kapoor tells him that Satyajit Ray was overrated. Sanghvi’s take: ‘I have met lots of movie figures… but Raj Kapoor was different. He was the 'Last Mogul’. Having interviewed the supremo of the Shiv Sena on many occasions, he summarises: ‘The thing about Thackeray is that he never lied. No matter how outrageous his answer was, he gave it.’ Prime Minister Narasimha Rao has been described as a ‘small-time manipulator masquerading as a statesman’. Then there is L.K. Advani who, some said, looked ike the ‘Common Man’ in R.K. Laxman’s cartoons. As for Morarji Desai, he could clam up suddenly during an interview and let his facial features be ‘set in amgrim position that suggested a sanyasi suffering for the nation.’

Ever since the Greeks started the trend, heroes have had their fatal flaws. I won’t go into what Sanghvi’s flaw is but the interlude with PR agent Niira Radia was a moment of monumental misjudgment. Late in 2010, he was accused of leveraging journalism to try and fix cabinet appointments. He was also repeating Radia’s handout word for word without quoting the source. In the book, Sanghvi defends himself manfully and tells us that he has been cleared by the courts. Alas, the public has neither the time nor the patience to get into the legal fine print. It went by the tried and trusted ‘no smoke without fire’ principle, and pronounced its verdict. It has taken much time and gallons of ink to clear his name and that of Barkha Dutt.

You can open any page of 'A Rude Life' and find something to engage you. That tells you about the kind of people who populate the book and the author’s uncanny ability to draw information from them. For all this, I don’t think Sanghvi has attained the right age for memoir writing. There should be more to follow, and perhaps by the time the next edition of his memoirs comes out, he will have got over his obsession with ‘rude’.

Book: A Rude Life – The Memoir