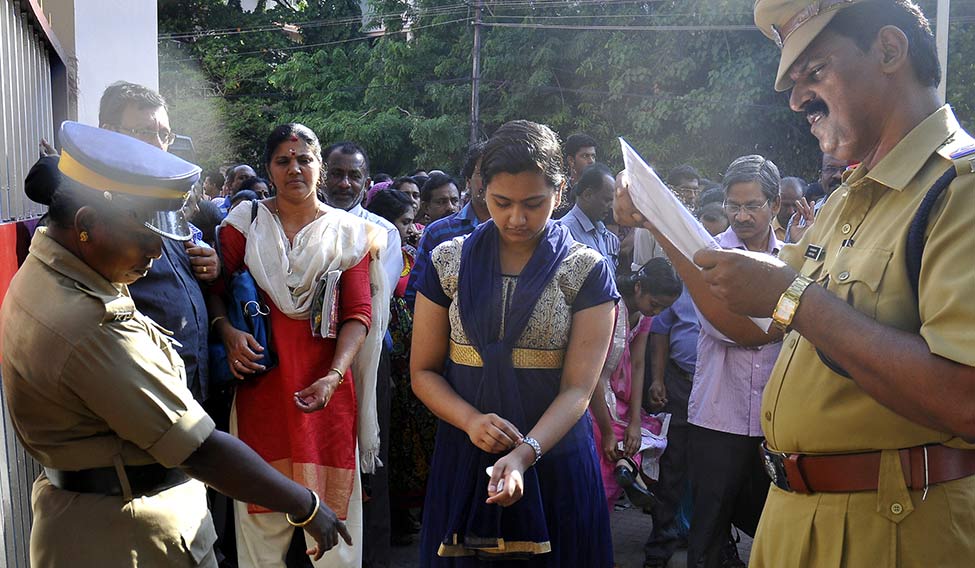 Ordinance raj: Students in Thiruvananthapuram undergoing security checks to appear for the All India Medical Entrance test in May. The ordinance to keep state education boards out of the common medical entrance test was the 21st promulgated by the Modi government. 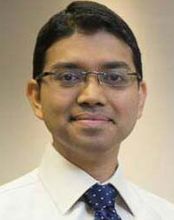 Narendra Modi swore into national office on May 26, 2014. A day later, his cabinet decreed its first official act: an ordinance. It was an innocuous amendment, and parliamentary din and drama was just days away. But Modi did not wait: He didn’t need to. In hurrying an ordinance, he profited from eminent company and umpteen precedents.

India’s pantheon of prime ministers, Nehru to the Gandhis, Desai to Vajpayee, and those amid and after, have befriended the power to ordain in alarming ways. The friendship has cost India, its democratic balance, dear. The legislative chambers, repeatedly defied, desecrated and dented, are a front: They matter less and, at times, not at all. Instead, a super-executive role-plays Parliament.

How did we get here?

The Indian Constitution bestows lawmaking powers on Parliament. It also authorises the president to make laws—called “ordinances”. Article 123 says: The president may issue an ordinance if at least one of the two houses isn’t at hand and he feels that a law is immediately needed. The president, in this respect, is a figurehead. The prime minister and his council are the barons. They decide if ordinances are needed, their content and timing. (Chief ministers and their councils command similar powers in the states.)

The power isn’t too radical. A suite of safeguards exists. Ordinances, for one, are temporary. To gain permanence, both houses must approve of them. It must happen within a short window: six weeks from the day houses reassemble. Ordinances lapse if denied parliamentary benediction—they “cease to operate”. Together, the power and its defences reveal a happy mean: The executive makes temporary laws, if needed. But the legislative chambers remain the arbiters of permanence. India, it seems, is still reliably a parliamentary system.

This, alas, is not true. Nearly 70 years and 700 ordinances after they began, the happy mean has ossified into an unhappy fate. The safeguards, its democratic instincts, are gone; their meanings lost. The provision is a beast of its former self, midwifed by indulgent executives and reluctant courts.

Take the first safeguard. It has two parts: At least one house of Parliament should not be in session and the president must be satisfied that an ordinance is immediately needed. The conditions, it seems, restrict the executive’s power to ordain. But do they really?

The Punjab assembly, in 1968, was riddled with dissent. Chaos reigned. A faction moved a resolution, vying to unseat the speaker. He rejected the motion, and adjourned the assembly. A crisis brewed: The state budget needed approval, but legislators weren’t sitting. The governor prorogued the assembly (dismissed the session), and issued a budget ordinance.

Annoyed legislators ran to the court. The assembly was dismissed solely to make an ordinance possible, they strained. The Supreme Court rebuffed the claim. Legislative calendars are the prerogative of the executive. Only the executive may decide if, and for how long, an assembly must be in session, the court confirmed. So long as the constitutional minimum is met, the executive may convene or dismiss houses at will. 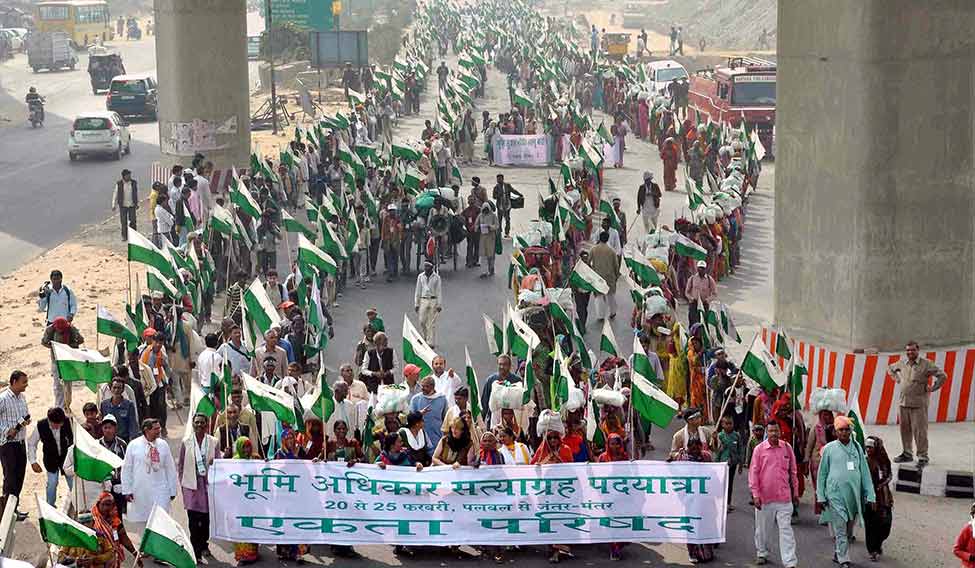 Issuing ordinances, already easy, became easier. They may be issued, we know, if one or both houses are not in session. But only the executive may determine the dates and duration of such sessions. The first part of the safeguard was gone.

And the second part? On July 19, 1969, Indira Gandhi, armed with an ordinance, nationalised 14 of India’s then largest banks, commandeering nearly 70 per cent of all deposits in the banking system. Rustom Cooper, a shareholder of a nationalised bank, challenged it. His claim: The president wrongly promulgated the ordinance. There wasn’t any real need to nationalise, he said. Indira Gandhi, unsure of her hold in the Congress party, sprang a surprise on her rivals. It was a political move, not a constitutional necessity. The Supreme Court, again, declined. Presidential satisfaction is beyond reproach, it ruled.

Presidents may issue ordinances for any reason. There are no limits, none; banal, bizarre motives count, too. Another safeguard had fallen.

The court tabled an indulgent invitation. The executive, predictably, didn’t disappoint. Since 1950, India has had an average of nearly 11 Central ordinances per year. Every government has issued them, some more than others. The reasons varied. Some took to them as a simpler method to make laws: Parliamentary “annoyances”—debates, readings, votes—could be dispensed with. More sinister motives animated others, especially minority governments. Lacking numbers in one or both houses, they resorted to ordinances to enact their legislative agendas. The chambers diminished, either way.

There are two other safeguards. What happened to them?

Ordinances, recall, are temporary. Their fate rests with Parliament. But imagine a workaround. An ordinance is issued. Parliament reassembles. While in session, it does not act: The ordinance is not voted into law or voted down. Can it be reissued?

In 1978, D.C. Wadhwa, a feted economist, stumbled upon a peculiar trail in Bihar. An ordinance, he noticed, was repeatedly reissued; its life insincerely prolonged. Wadhwa looked closer. What he found horrified him. Starting 1967, the Bihar assembly did not really function. The executive did; it became the prime lawmaker. It issued ordinances, reissued them and, kept doing so. Some lasted for nearly 14 staggering years. The executive, otherwise languid, had perfected a constitutional abomination. Wadhwa put together his findings in a book, and challenged the praxis in the Supreme Court.

Can ordinances be reissued endlessly? No, the court warned. The practice is an affront to Parliament and its primacy; it is invalid. Reissues, though, are occasionally legal, a careless court intoned. Parliament may busy itself with other matters. Sessions may be short. Ordinances may escape due attention. If so, reissuing them is valid. The twist left another safeguard impotent.

The court’s anti-logic made ordinances still easier. National executives put the abomination to practice, wrapped with the excuse of legislative busyness. Central government began reissuing ordinances in 1992 and, it soon rose to disturbing peaks.

We are left with a final safeguard: If an ordinance fails, it ceases to operate. What do these words mean?

The state of Andhra Pradesh had too many part-time village officers. It economised. An ordinance abolished the post in 1984. But the assembly resisted the decree. Ultimately, it failed; it ceased to operate. A retrenched officer demanded back his work. An ordinance had taken it away, and it failed. His position stood revived, the ex-officer insisted.

The Supreme Court denied relief. Failed ordinances cease to operate prospectively, it reasoned. Past actions stay valid; they aren’t undone. Failure is future-directed. If an ordinance abolishes a post, it stays abolished. The ordinance may fail; actions already taken don’t. The claimant had nothing to demand back: His office was gone. It shall stay gone.

The final safeguard, too, stood decimated. The ordinance mechanism is now a constitutional freebie. To the executive, it costs nothing. A failed ordinance is a success, too. The possibilities are terrifying. An executive may resort to an ordinance aware of its impending failure in Parliament. The court’s anti-logic commands that it still succeed. With ordinances, legal success is guaranteed; the executive cannot fail.

Understandably, then, ordinances are mired in a hedonistic excess. Nearly 70 years of relish and indulgence has left India with an unhappy inheritance—a permissive executive that lords over an enfeebled Parliament.

A gentle parliamentary exception has alchemised into a beast. A conspiracy of executive practices and judicial misreadings, actions and inactions, demands and undemands, shadows the provision on ordinances. The executive may, effectively, make any law at any time for any reason. Permanence is a matter of reissuing them. And if, for some reason, they lapse, everything done, all actions taken, remain forever valid. Why do we then need a Parliament?

A super-executive is India’s Parliament.

Shubhankar Dam is a constitutional law expert and associate professor of law at City University of Hong Kong.

Your form could not be submitted.
This browser settings will not support to add bookmarks programmatically. Please press Ctrl+D or change settings to bookmark this page.
Topics : #Democracy deficit | #legal