Prescription is in place, but health initiatives need to go beyond the paper 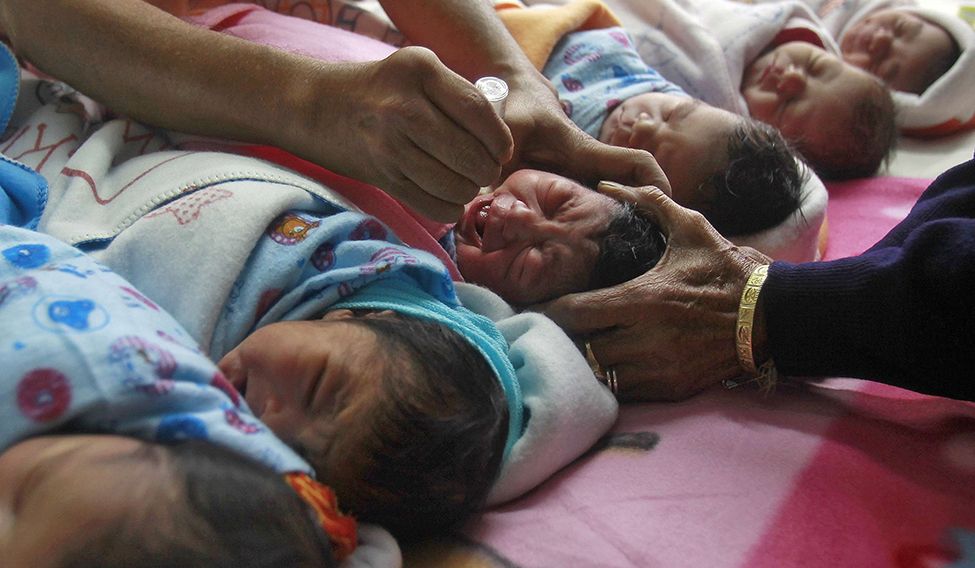 Dose, and doze: A medical worker administers polio drops to an infant at a hospital in Agartala | Reuters

Almost a year and a half ago, while addressing the Global Healthcare Summit of American Association of Physicians of Indian Origin, Narendra Modi talked about providing ‘health assurance’ instead of insurance to all Indians. At this meeting held in Ahmedabad, he touched upon a range of issues: need for preventive health, right to health, need for innovation and increase in health budget.

In short, he talked about everything that could transform India’s health care sector. He reiterated the point during his address to the nation on Independence Day after he was sworn in prime minister. But very little has changed in the health delivery system in the 365 days he has been in power.

Health assurance was to be achieved through the National Health Assurance Mission, and was aimed at reducing out-of-pocket spending on health care by the common man. The proposed programme was compared to ObamaCare, and the Union government was to provide everyone with free medications and diagnostic treatment, as well as insurance cover for serious ailments.

But the plan was shelved after a group of bureaucrats, who were reportedly given the responsibility of drafting the logistics of the programme, announced that it would cost Rs1.6 lakh crore in the first five years. The government now seems to have changed its plan and wants to encourage private insurance with public-private partnership.

The Modi government’s first full-fledged budget came as a rude shock to those who were expecting radical reform in the health sector. Now experts feel the government, which seems to be preoccupied with accelerating economic growth, is not according social sectors, such as health and education, the importance it deserves.

While the budget allocation of Rs33,150 crore for the health sector is almost similar to the previous ones, it is not sufficient to run the various government programmes. Besides, the amount does not translate to the much-anticipated increase of GDP spend on health care, from 1.2 per cent to 2 per cent. The budgetary allocation for health seems trifling, considering that India accounts for 17 per cent of the global population and 21 per cent of the global disease burden and is among the few countries that will not achieve the Millennium Development Goals under maternal, infant and child mortality. 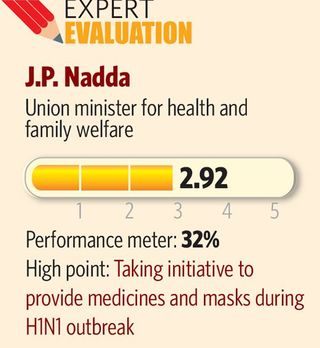 Former health secretary K. Sujatha Rao says compared with the UPA-I government, the new government has done nothing on the health front. In its first year, the UPA-I government had launched the National Rural Health Mission, tripling the budget and making the largest ever allocation for health care in independent India. In comparison, there appears to be a lack of clarity on the Modi government’s vision for the health sector. “Instead of launching a sustained reform for strengthening the primary health system in the country and keeping up the momentum of the NRHM to complete the unfinished agenda,” says Rao, “the new government has slashed social sector budgets, wound up the AIDS control department and issued vaguely worded directives to state governments to launch National Health Assurance Mission in two or three districts, even as the states are facing an increase in drug-resistant TB and AIDS cases owing to malfunctioning of the procurement systems.”

The sector faces many problems, from funds to distribution, and the government needs to address them. “It is absolutely vital that the new government pay attention to the accumulating problems in the health sector and launch a transformative reform process the way Turkey did in 2004,” she says. “There is no shortcut to a systematically worked out reform agenda.”

Not that providing health assurance was impossible, says Dr Ranjit Roy Chaudhury, former adviser to the ministry of health. “We thought of providing 50 essential drugs, 30 diagnostic tests and also incorporated AYUSH for the purpose,” he says. “To address the shortage of doctors in rural India, we thought of involving nurses in a big way after giving them one year extra training. We also had a plan to start a three-and-a-half-year doctor course. We wanted to include AYUSH doctors in mainstream medical services by giving them some extra training.” But everything, including reforms in medical education, has remained on paper, he laments.

The current government has launched new initiatives for child immunisation, improved sanitation and promotion of AYUSH. However, the stagnation in public financing of health, many fear, will weaken the health care system across the country. The same goes for the National Health Policy 2015, which proposes to make health a constitutional right, the denial of which will be punishable. The government released a draft of the policy last December, and though it has many sound concepts for overhauling the sector, the execution part has not been specified. “We have to wait for those details before we can confidently say that we are on the right path. The draft calls for an increase in public financing to 2.5 per cent of the GDP. I do hope that it will happen soon,” says Dr K. Srinath Reddy, director, Public Health Foundation of India.

The government, however, seems to be quite sure of its efforts in the sector. The relaunch of the universal immunisation programme as ‘Operation Indradhanush’, says Dr Rakesh Kumar, joint secretary, ministry of health and family welfare, will help the government reach areas low on health care facilities. The first phase of the programme is under way in 201 districts. “We launched phase one of our programme last month and the response was tremendous. We are looking forward to expanding it to another 297 districts by the end of next year,” says Kumar. Also, officials are enthusiastic about the India Newborn Action Plan, which aims at reducing deaths of infants aged below 28 days.

Most experts, however, believe that public health needs much more attention from the Modi government. “I do hope that policymakers and their economic advisers will recognise that protection and promotion of public health is necessary for sustained productivity and reduction of poverty,” says Reddy. “Therefore, health should be accorded a higher priority in the agenda for India's development.”

National Health Assurance Mission
The health ministry came out with a draft policy last year. Its objective: provide free drugs, diagnostic services and insurance for serious ailments. A phased implementation was initially planned from April 2015, but the plan is now on hold as the project estimate is around 01.6 lakh crore for the first five years.

Operation Indradhanush
Launched on December 25, 2014, the programme will cover all those children who have not yet been vaccinated or are partially vaccinated against seven infectious diseases.
Rotavac, an indigenously developed rotavirus vaccine, was launched on March 9.

National Health Policy 2015
The policy proposes to make health a constitutional right, and plans to adopt a seven-pronged approach for improving health. For instance, the government hopes the success of the Swachh Bharat Abhiyaan will help in reducing water- and vector-borne diseases.