9th round of talks between military commanders of India, China will be held on Sunday 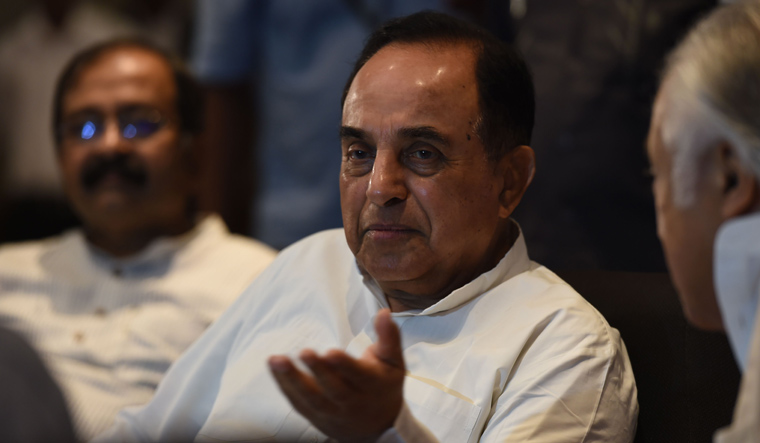 News agency ANI reported that the ninth round of talks between military commanders of India and China to end the standoff at Ladakh would be held on Sunday.

ANI reported the "talks would be held in Moldo opposite the Chushul sector in India".

The ministry of external affairs had announced on Friday that India and China agreed to hold the “next round of the senior commander-level meeting soon and are in close communication over diplomatic and military channels".

The standoff at Ladakh has continued for over six months despite multiple rounds of negotiation. BJP MP Subramanian Swamy was not impressed with the plan for continuing negotiations with China. Taking to Twitter on Saturday, Swamy alleged the Narendra Modi government is "beginning to look like a desi Chamberlain in front of Hitler Xi".

Responding to an article on the announcement of ministry of external affairs, Swamy tweeted, “For what? The EAM went running to Moscow in August 2020 and came back with piece of paper on what was agreed . Have the Chinese implemented even one of the tiny steps they committed to take? The Govt is beginning to look like a desi Chamberlain in front of Hitler Xi.”

Swamy was referring to British prime minister Neville Chamberlain, who in the late 1930s, adopted a policy of appeasement with Nazi Germany to prevent another major war. The policy was blamed for leading to the outbreak of World War 2.

Swamy has been openly critical of the Modi government's handling of the standoff in Ladakh and the extent of Chinese incursions in the area. Two weeks, ago Swamy warned India's reluctance to confront China meant the Chinese Army could even enter Arunachal Pradesh by "April-March 2021".

Last year also, Swamy had drawn comparisons to Chamberlain's appeasement. Swamy had tweeted in September, "Now that China has got RM Rajnath to talk and EAM Jaishankar eager to talk, the PLA will start operations in Arunachal to show the world that we are on beck and call even if they sit on our head. Same as what German Chancellor Hitler did to British PM Chamberlain and destroyed him.”

On Friday, Defence Minister Rajnath Singh had declared India would not reduce number of its troops in Ladakh unless China initiated the process.

"Reduction in the number of troops won't happen. India won't reduce troops deployment unless China initiates the process," Singh told Times Now in an interview. Referring to talks with China, Singh said, "There is no deadline when it comes to matter like the ongoing standoff. You can't fix a date." but added "We are confident of finding a solution through talks.”