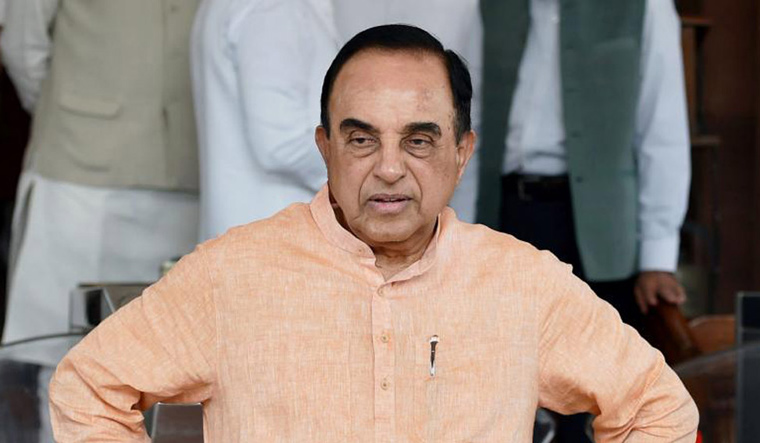 BJP leader Subramanian Swamy on Saturday said it was not the then chief minister Farooq Abdullah, but the then prime minister VP Singh and his home minister Mufti Mohammad Sayeed, that were responsible for the exodus of Kashmiri Pandits from the Valley.

Swamy's remarks come in the midst of a controversy over the movie The Kashmir Files, which depicts the exodus of Kashmiri Pandits from the Valley. Several BJP-ruled states have made it tax-free.

"Muslims and Pandits are alike. They have the same blood. If you do a DNA test of both, the results will be same. There has been injustice with them (Pandits), which you yourselves are saying. The whole blame is being put on Farooq Abdullah, but it was the doing of V P Singh and Mufti (Mohammad) Sayeed," Swamy said at Navreh Milan', an intercommunity cultural festival organised by the Jammu and Kashmir Peace Forum, here.

The Rajya Sabha MP, however, said he has not watched the movie.

The BJP leader also recalled the kidnap of Sayeed's daughter Rubiya Sayeed, saying it is still not clear how she was abducted, forcing the government to release some of the arrested JKLF militants.

His (Sayeed's) daughter was also kidnapped, which we could not understand how it happened. Because when I became a minister in the Chandra Shekhar government, (then National Conference MP) Saifuddin Soz's daughter was kidnapped by JKLF. Mufti (Sayeed) and VP Singh released 13 people from jail, but we did not release even a single person.

In the end, Soz's daughter was released by JKLF at her house in an auto-rickshaw. They were afraid of our warning. We are not the ones to make compromises, Swamy said.

Earlier, the National Conference founder had found support from former Union minister and now Kerala Governor Arif Mohammad Khan, who said that Abdullah had opposed the release of terrorists in exchange of Sayeed's daughter.

Swamy, while responding to a query from reporters on whether movies such as 'The Kashmir Files' be banned, said he has personal experience of what the Pandits went through.

How can films be stopped in a democracy? (If you do not like) boycott it, he said.

Referring to the revocation of Article 370 by the Centre in August 2019, Swamy said the people of Jammu and Kashmir should forget about it as the special constitutional provisions will never return.

You should forget (Article) 370. It will never come back. When it is not in any other state, why in Kashmir?, he said, adding it was a temporary provision and one which could be revoked through a Presidential order.

Calling Kashmir an integral part of India, he asked the people to resolve issues through dialogue.

If there is anything, it can be discussed through dialogue. You should elect good representatives when the assembly elections take place, who can then talk with each other and resolve issues, he said.

The BJP leader said the country should focus more on getting back Pakistan Occupied Kashmir and Aksai Chin.