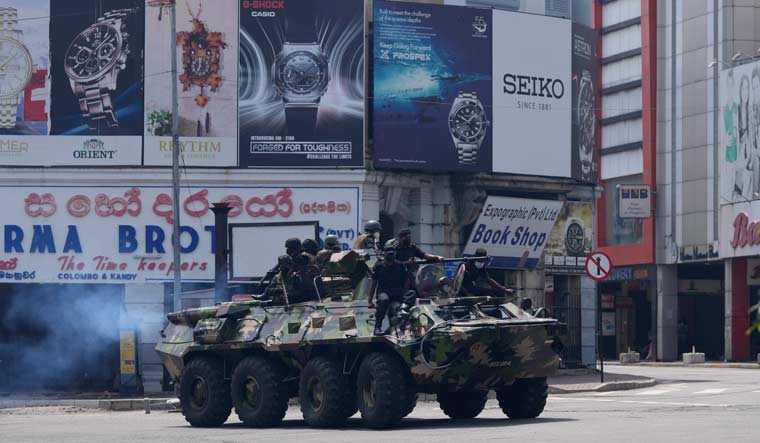 The Indian High Commission in Sri Lanka on Wednesday dismissed media reports that New Delhi could send troops to the island nation to deal with turmoil triggered by its economic crisis.

The denial from the Indian mission came a day after it refuted as “fake and blatantly false” local social media speculation that former prime minister Mahinda Rajapaksa and his family members have fled to India.

The high commission tweeted on Wednesday that reports that India could send troops were “not in keeping with the position of the Government of India”.

On Tuesday, former BJP Rajya Sabha MP Subramanian Swamy tweeted that the Indian Army must be sent to Sri Lanka to stabilise the country. He wrote “India must send in the Indian Army to restore Constitutional sanity. At present anti Indian foreign forces are taking advantage of people’s anger. This affects India’s national security.”

Swamy has been a vocal supporter of the Rajapaksa regime, pointing to the record of Mahinda and current president Gotabaya Rajapaksa in finishing the LTTE.

Swamy tweeted on Wednesday that events in Sri Lanka were of concern for India's national security. He tweeted “Protecting Rajapaksas is in India’s national interest.”

Swamy condemned the violence targeting the residence of Mahinda and warned it portended a situation similar to Libya, which has been in a state of conflict since the downfall of the Muamar Gaddafi regime in 2011. Swamy tweeted on Wednesday “Burning down the residences even of the Prime Minister, shooting dead MPs by mobs means rioters don’t deserve any mercy. We cannot allow another Libya in our neighbourhood.”