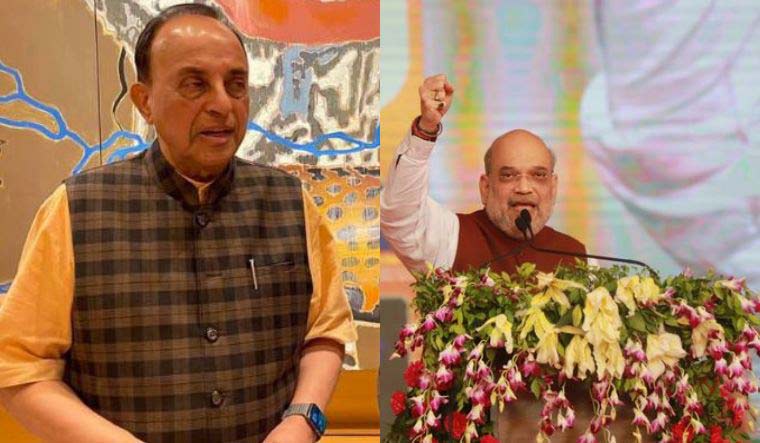 Swamy was a bitter critic of former finance minister Arun Jaitley and has made a habit of making snide remarks against Prime Minister Narendra Modi for his handling of the economy and the standoff with China.

On Thursday morning, Swamy took a jibe against Amit Shah by using the recently concluded IPL. He tweeted “There is widespread feeling in intelligence agencies that the Tata IPL Cricket outcomes were rigged. It may require a probe to clear the air for which PIL may be necessary since Govt will not do it as Amit Shah’s son is defacto dictator of BCCI.”

Swamy has previously claimed the IPL was used to generate black money. But the presence of Jay Shah at the BCCI has meant that Shah senior is not shielded from allegations related to cricket administration in India.

Swamy used cricket again as a means to target Shah. He tweeted on Thursday, “Since there is President's Rule in J&K , and yet daily a Kashmiri Hindu is being shot dead, it has become necessary ask for Amit Shah's resignation. He can be instead given Sports Ministry since nowadays cricket is receiving undue interest.”

Swamy also accused Shah of raising “false expectations” over the Gyanvapi mosque dispute in Varanasi. He tweeted on Friday “100 000 ex military personnel be settled to guard Hindus. Amit Shah without preparing this security cover made out wrongly that normalcy had returned. He is also responsible for raising false expectations on Gyanvapi mandir when we are bound by the 1991 Act.”