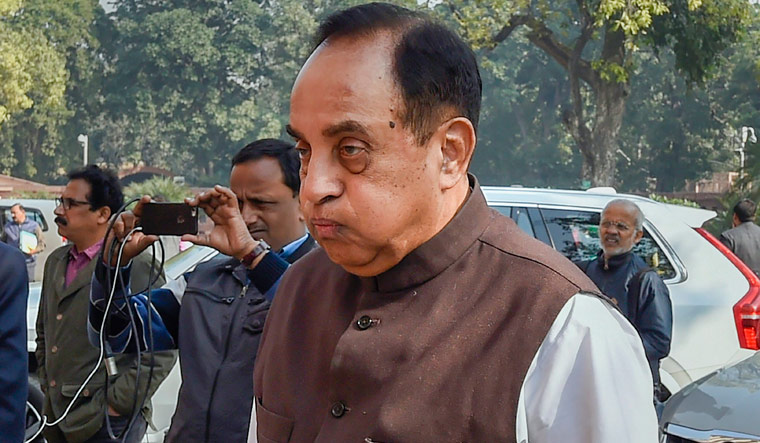 The complaint claimed that last September, Swamy falsely alleged that before joining the BJP, Bagga was jailed many times for petty crimes by New Delhi Mandir Marg Police Station.

The judge noted that Swamy posted a tweet on September 28, 2021. However, according to the testimony of Bagga made on oath, these allegations are false and have been made to harm the reputation of complainant.

"Even sub-inspector Sandeep Kumar, Police Station Mandir Marg, has also corroborated the version of complainant... This clearly shows that without verifying the veracity of the statement, Swamy made the same and in view of this court, said statement is sufficient to raise the reasonable doubt about the antecedents and character of complainant," the court noted.

In view of allegations made in the complaint, testimonies of the witnesses and material brought on record by them, the court said it was "prima facie" satisfied that there were sufficient grounds for summoning of Swamy as accused qua offence punishable under section 500 (defamation) IPC.