Before being sold to India, the Viraat saw service in the Falklands War as HMS Hermes 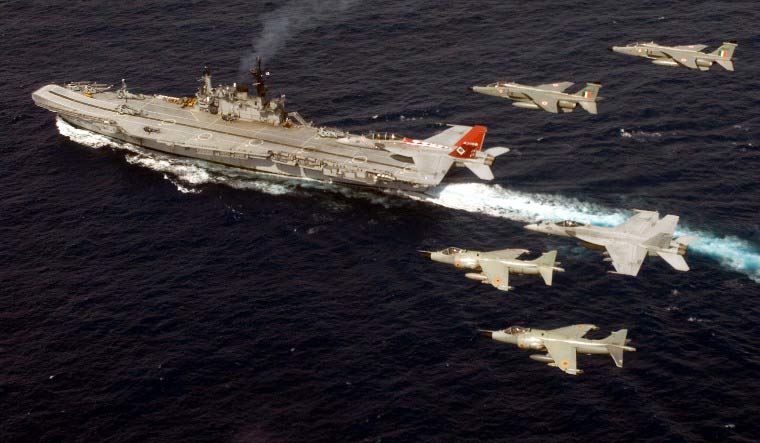 The Narendra Modi government on Monday informed Parliament that it had decided, in consultation with the Indian Navy, to sell the decommissioned aircraft carrier INS Viraat for scrap. The INS Viraat was purchased from the UK in 1987 and served for 30 years in the Indian Navy.

The decision to send the Viraat to the scrap yard came after efforts to convert the ship into a heritage site went in vain. Not surprisingly, the decision evoked sadness among Indian Navy veterans and defence aficionados.

However, now, a Royal Navy sailor who served on the ship, when she was called the HMS Hermes, is planning to raise approximately 20 million pounds ($25 million) to tow her back to the UK.

Construction of the Hermes started before the end of the Second World War and the ship entered service with the Royal Navy in 1959. It underwent multiple modernisations and was almost sold to Australia in the late 1960s. A notable crew member of the HMS Hermes in Royal Navy service was Prince Charles, who served on the vessel as a helicopter pilot.

Andy Trish was a 19-year-old naval airman when the HMS Hermes saw her finest hour: Participating in the liberation of the Falklands from Argentina in 1982. At that time, the Hermes was the largest warship in the Royal Navy and became a symbol of British military determination and was even featured on the cover of Newsweek in 1982. Trish told Forces Network, "HMS Hermes is like home to the people who served on board, we all loved her.”

Interestingly, Trish, who runs NCI Technologies, an IT company in Cornwall, had tried to take the Viraat back to the UK previously. According to the Plymouth Herald, Trish had reached out to the Indian Navy in 2017 with David Campbell Bannerman, a Conservative MP. Trish was part of a group of Royal Navy veterans who visited the Viraat at the time of its decommissioning that year.

However, the Indian government was not keen on selling the Viraat back to the UK as it was attempting to convert the vessel into a hotel.

The Plymouth Herald reported Trish is planning to place a scrap bid for the Viraat. Trish declared the bid for the Viraat would be a “completely private venture”, without taxpayer funding. However, he said the UK government will be asked to provide “political assistance”.

The Plymouth Herald reported, “The plan would see HMS Hermes towed back to the UK and turned into a museum, potentially in Liverpool or London.” Trish also told the Plymouth Herald, “three film companies had already expressed interest in hiring the ship as a location for films”.

Trish told Forces Network, “Putting her (Hermes) back into a port in the UK would enhance the Navy's outlook and the public outlook of the Navy.”

The Falkland War occupies a significant position in recent British history as the last major conflict that the UK fought and won on its own. The desire to save the HMS Hermes can perhaps be attributed to the fact the HMS Invincible, another aircraft carrier that served in the Falklands War, was sold for scrap in 2011. While the Hermes was a far older ship than the Invincible, the former was much larger and could carry a larger crew and fleet of Harrier fighters.

In the Falklands War, the Hermes, with its small fleet of less than two dozen Harrier fighters, played a crucial role in shooting down multiple Argentine jets and supporting ground forces. When acquiring the Viraat, the Indian Navy also acquired Harrier jets.

The first Indian Navy aircraft carrier, the INS Vikrant, was acquired from the UK by the government of Jawaharlal Nehru. The INS Vikrant was sold for scrap in 2012.