The Viraat seems set to meet the fate of the Vikrant, the Navy's 1st carrier 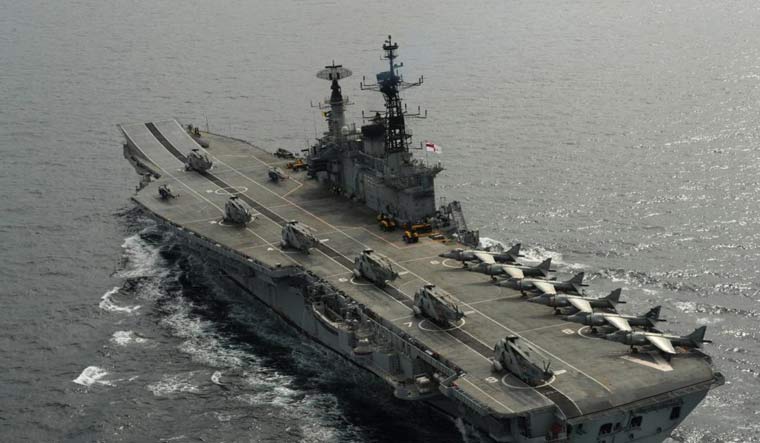 The Narendra Modi government on Monday informed Parliament that it had decided to sell for scrap the decommissioned aircraft carrier INS Viraat. The Viraat, which served in the Indian Navy for 30 years, was decommissioned in 2017.

Shripad Naik, Minister of State for Defence, informed Parliament Viraat could not be handed over to any state government because no “self-sustaining financially complete” proposal to preserve the vessel was received.

In a written response to the Rajya Sabha Naik said, “Indian Navy has been incurring expenditure on the upkeep of INS Virat on the provision of services like electricity and water and repairs till date.”

“INS Virat could not be handed over to any State Government because of non-receipt of a self-sustaining financially complete proposal. Thus, in view of considerations of safety, security etc., a decision to scrap INS Virat has been taken in due consultation with Indian Navy,” the statement added.

The Viraat was originally built as the HMS Hermes for the UK's Royal Navy. The construction of the Hermes started in 1944, before the end of the Second World War. The Hermes entered service with the Royal Navy in 1959 and underwent multiple modifications. The finest hour of the HMS Hermes was playing the role of the largest ship in the British task force that liberated the Falkland Islands in 1982 from Argentine invaders. The ship was sold to India in 1986 and entered service with the Indian Navy in 1987, equipped with Sea Harrier fighters.

Even before the INS Viraat was decommissioned, some coastal states had expressed interest in purchasing the vessel as a heritage ship.

Late last year, the Maharashtra government announced it could spend approximately Rs 852 crore to convert the Viraat into a maritime museum, complete with a hotel and adventure sports facilities. The plan involved docking the vessel off the coast of Sindhudurg district. The Andhra Pradesh government had also expressed interest in similar proposals to preserve the Viraat as a heritage vessel in Vizag and even arrived at an expenditure estimate of approximately Rs 300 crore. However neither proposal went far.

The Viraat seems set to meet the fate of the Vikrant, which saw action off East Pakistan in the 1971 Bangladesh War. The Maharashtra government operated the Vikrant as a museum ship for 10 years till 2012, but the Indian Navy was unable to find a buyer for the vessel, which was finally scrapped in 2014.