Rachin Ravindra's parents were fans of the two legendary batsmen 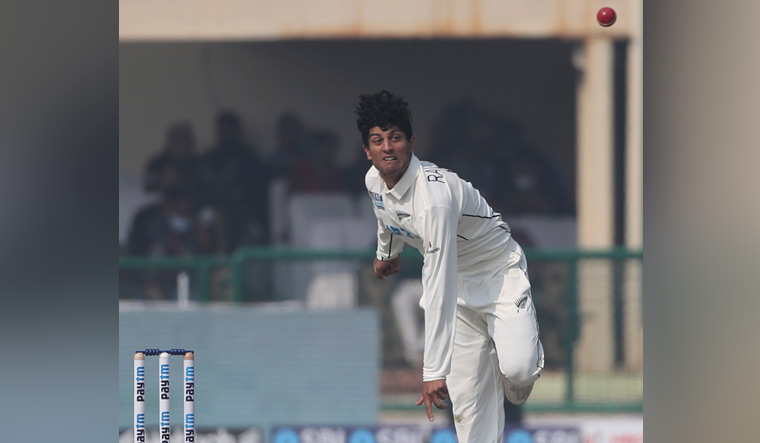 Rahul Dravid is coaching his first Test match with the Indian national team, hoping to inspire change among the youngsters in the largely second-string squad. But as it turns out, a player in the opponent camp has his name inspired by the Indian legend.

Rachin Ravindra, a batting all-rounder, makes his debut today, and his first name is apparently a portmanteau of Rahul and Sachin, the two players his parents were big fans of in the 1990s.

Ravindra was born in 1999 in Wellington, when Dravid and Tendulkar were at the peak of their powers.

His father, a software engineer, had moved from Bangalore to New Zealand in 1990 and would later start the Hutt Hawks Club that arranges tours for young, aspiring cricketers to visit India for a camp every summer.

Making his debut today, Ravindra, a left-arm spinner, bowled several good spells on the opening day of the Kanpur Test between India and New Zealand. The 22-year-old is the youngest New Zealand Test debutant since Ish Sodhi (2013).

Ravindra was brought into the squad after captain Kane Williamson said they would need to play three spinners on the turning Green Park track. He will bat at number seven for the team.

The player was also a member of the squad that beat India at the World Test Championship final in June this year, but did not get to play.