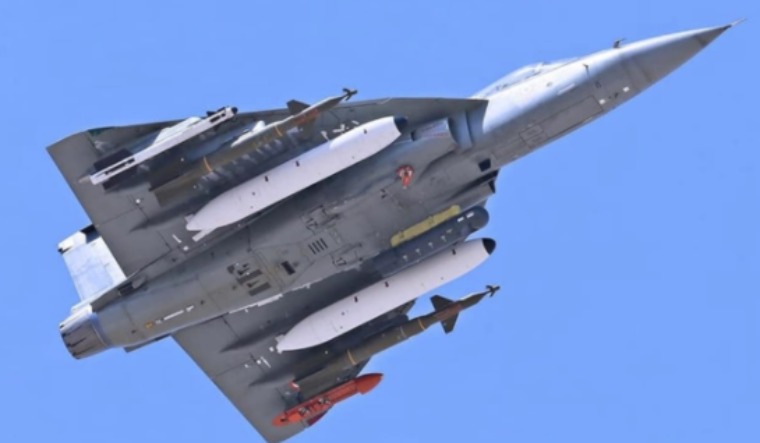 The indigenously designed Tejas fighter jet has been the recipient of considerable criticism in the press, both Indian and overseas, ever since its maiden flight in 2001. The criticism has focussed on a number of grounds: The long delays in development of Tejas, purported inadequacies in its performance and continued reliance on foreign companies for vital components.

Despite the criticism, the Tejas has also been an example of international cooperation. And it was this aspect that Foreign Policy, a respected US magazine, highlighted in an article on Wednesday. Foreign Policy columnist Salvatore Babones wrote, "Not only does it have one of the world’s largest military procurement budgets and a large pool of talented engineers, but India also has a strong tradition of rule of law that protects intellectual property and ensures the enforceability of contracts—in stark contrast to China, which is fast losing access to many advanced Western technologies."

Foreign Policy described the Tejas as a flagship project of the Atmanirbhar Bharat programme. Foreign Policy noted the F404 engine powering the Tejas was supplied by GE in the US and the fighter's radar and electronic warfare equipment came from Israel Aerospace Industries (IAI). The article argued this reliance on foreign products was not a problem. "As a democratic country that honors contracts and respects intellectual property law, it is able to buy advanced technology that it cannot produce itself. That gives the country a major advantage over its regional rivals, China and Pakistan, which simply are not trusted by their suppliers," Foreign Policy stated. The article referred to China's continued reliance on Russia for aircraft engines even as Moscow did not trust Beijing due to fear of 'reverse-engineering'.

The article claimed India was spoilt for choice when it came to picking components for the Tejas. "When it ran into trouble developing its own home-grown Kaveri engine for the plane, it received offers of assistance from Russian, French, and British firms, in addition to the United States’ General Electric. It was the same with avionics: French and Swedish suppliers were miffed that they lost the contracts for radar and electronic warfare equipment to Israel," Foreign Policy stated. The article also highlighted that India had received transfer of technology for these components.

Foreign Policy reported the Tejas MK-1A variant was more affordable than the US F-16, though it was more expensive than Chinese fighters. "... but the Tejas is widely perceived to be a more reliable, higher-performance aircraft than anything offered by Beijing. Unlike Chinese jets, the Tejas can boast tried-and-tested components that meet international standards, many of them being of international origin. No one will worry about flying a jet with a General Electric engine that has powered U.S. and European aircraft for four decades. They might think twice about one with a discount Russian engine made in China,” Foreign Policy stated.

The Foreign Policy article described the Tejas as the poster-child of India's defence indigenisation and export programmes. The article noted India had massive potential to be a hub of defence exports. "The big prize will be for India to become a low-cost manufacturing hub for high-end weapons systems. That could mean foreign companies use India as an assembly base or Indian companies export their own products, such as the Tejas fighter... China may be the workshop of the world when it comes to vacuum cleaners or mobile phones, but no non-Chinese company is ever going to offshore its defense production networks to China...," Foreign Policy stated.

On January 13, the Narendra Modi government cleared the largest-ever contract for an indigenous weapon system, when it announced 83 Tejas MK-1A jets would be purchased at a cost of around Rs 48,000 crore. The Tejas MK-1A is the combat-ready version of the Tejas and is equipped with an advanced radar, aerial refuelling capability and equipped to launch beyond-visual-range air-to-air missiles.

The DRDO is also developing a Tejas MK-2 fighter, called the Medium Weight Fighter, which is significantly heavier and is powered by a new engine from GE.