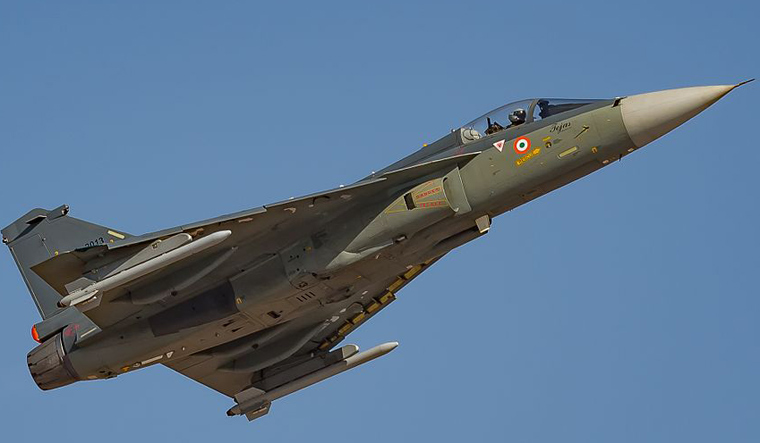 The Cabinet Committee on Security of the Central government on Wednesday took a giant step towards promoting indigenous defence products as it approved the purchase of 83 Tejas MK-1A fighter jets for the Indian Air Force. This marks the maiden purchase of the 'combat-ready' version of the Tejas, which first flew 20 years ago.

News 18 reported a formal contract for the 83 jets will be signed at the Aero India airshow next month. News 18 reported the Indian Air Force will purchase 73 single-seat Tejas MK-1A jets and 10 twin-seat aircraft for training purposes.

Defence Minister Rajnath Singh described the decision as the "the largest indigenous defence procurement deal worth about [Rs] 48,000 Crores" and a "game changer for self reliance in the Indian defence manufacturing".

Emphasising the importance of the Tejas, Rajnath tweeted, "The LCA-Tejas is going to be the backbone of the IAF fighter fleet in years to come. LCA-Tejas incorporates a large number of new technologies many of which were never attempted in India. The indigenous content of LCA-Tejas is 50% in Mk1A variant which will be enhanced to 60%."

HAL and the Indian Air Force have been negotiating for several years to finalise the Tejas MK-1A contract. The Defence Acquisition Council had given initial clearance for purchasing the Tejas MK-1A jets in 2016, but pricing disputes delayed negotiations. According to reports, HAL agreed to reduce the price of the total contract from around Rs 56,000 crore.

The Indian Air Force already operates two squadrons of the Tejas MK-1, which are baseline aircraft that have limited combat capability. The Tejas MK-1A incorporates as many as 43 improvements over the baseline version to improve its capability in combat.

In addition to being a vote of confidence in indigenous defence products, the deal for 83 Tejas MK-1A jets will boost the Indian Air Force’s depleted fleet strength considerably.