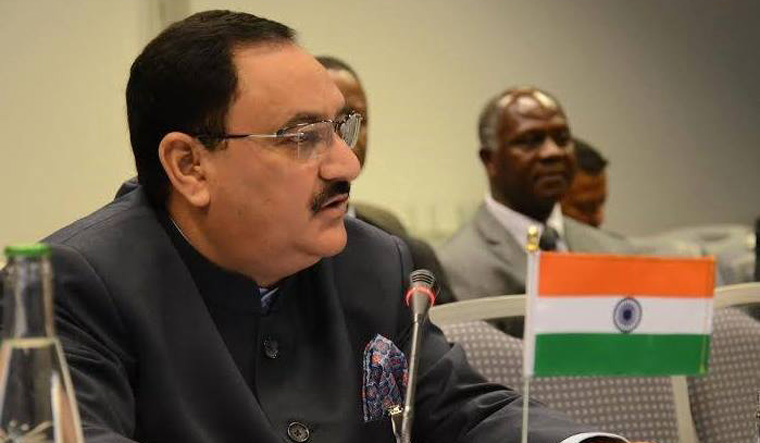 Former Union health minister J.P. Nadda will be the new BJP working president as incumbent Amit Shah has been appointed as the home minister.

Nadda, who was also in contention for the post of party chief even in 2014, was finally elevated to the top post after party parliamentary board meeting at the BJP headquarters in New Delhi. The meeting was attended by Prime Minister Narenda Modi, Union ministers Amit Shah and Rajnath Singh and senior party leader Sushma Swaraj among others.

Nadda was earlier dropped from the Union cabinet, indicating that he was being kept way for a larger role.

The party has reposed faith in Nadda, who is seen as able organiser and who was in- charge of Lok Sabha elections in Uttar Pradesh—the same post Shah had held in 2014 elections.

What worked in Nadda's favour is his genial nature, and loyalty to Modi-Shah. He is considered as quiet worker who doesn't go after publicity.

Son of a university vice-chancellor, Nadda was active as a student leader in Bihar. He was in RSS' student wing ABVP for over a decade. He was also in the party's youth wing.

A Brahmin face of the party, Nadda's elevation is also a signal to BJP's core constituency of upper castes.

58-year-old Nadda's political constituency has been Himachal Pradesh, the state he belongs to. He served as MLA for three terms from 1998. He was made party general secretary in 2010 and sent to Rajya Sabha in 2012.

Nadda's elevation also signals continuity in the BJP's scheme of things as he is likely to be in total sync with Modi-Shah combine, thus forming a new powerful troika.

Nadda's challenge will be the upcoming state elections in Haryana, Maharashtra and Jharkhand, the three states where the party is in power.

As he still is working president, his term will formally begin in December-January when the BJP will complete its task of organisational elections as the enrollment drive is on.