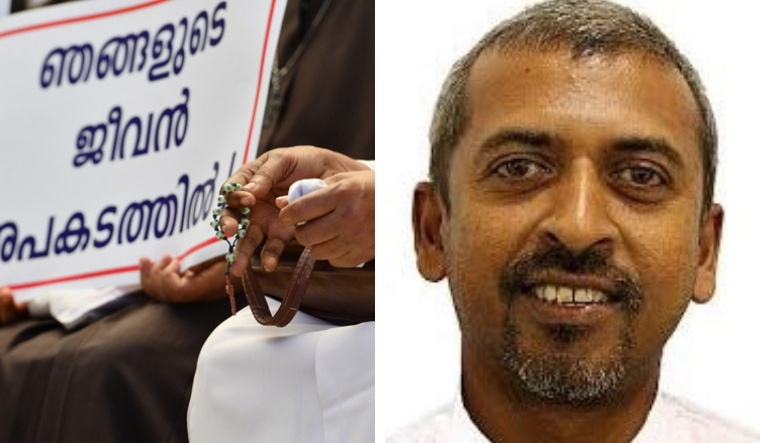 A Catholic priest in Kerala was prohibited from organising and participating in a protest against the regressive stand of the church in various cases, including the nun rape case involving Jalandhar Bishop Franco Mulakkal. Father Augustine Vattoly, who is also the convenor of ‘Save our Sisters’ campaign, was prohibited by the church from holding protests on November 14 and has been warned of ecclesiastical action in case of disobedience.

"It is reported to me that you are organising a dharna at the Secretariat of Kerala State, in the name of the movement 'Save Our Sisters' of which you are said to be the convener. I am told that such actions by a priest will seriously injure the good of the church in public and will cause scandal among the faithful. Therefore, I hereby strongly prohibit you from organising and attending the dharna and similar activities. Disobedience will incur ecclesiastical actions as per the church law,” reads a letter addressed to Fr Vattoly from Mar Jacob Manathodath, the Apostolic Administrator of Ernakulam-Angamaly Syro-Malabar diocese.

Fr Vattoly was at the forefront of coordinating the protest outside the Secretariat in Thiruvananthanpuram, but reportedly did not participate in it. Further, the letter seeks an explanation from Fr Vattoly by November 25 for his various actions perceived to be against the church.

“It is reported that you celebrate Holy Qurbana (Mass) only rarely and your public expression of priestly prayer life and faith is in question. Daily celebration of Divine office and Qurbana is strongly encouraged by ecclesiastical norms... It is reported that you are not commemorating the name of the Major Archbishop in the Divine Liturgy and in the Divine praises. Its violation is punishable in accordance with the Canon Law," states the letter. It warns that the priest might face disciplinary actions if he fails to furnish a 'satisfactory explanation'. 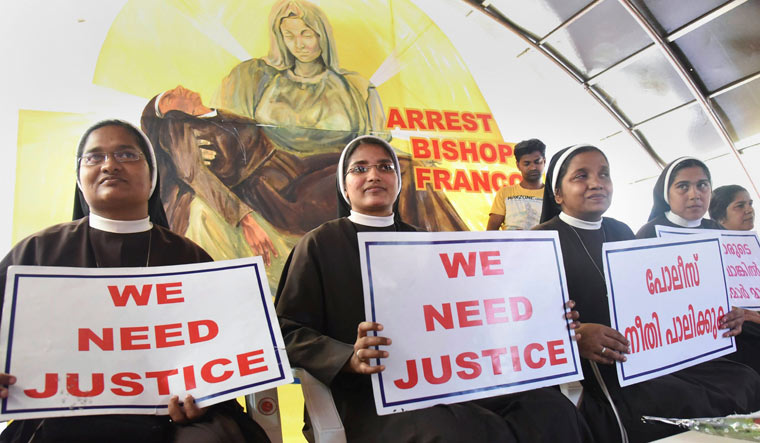 The letter further accuses him of holding hands with "anti-ecclesial, extremist and atheist groups" that want to malign the church's image. In addition, the church also finds fault with Fr Vattoly for publishing an improvised image of the statue of Pieta (see the image above). "It is reported that you have taken lead to make the scandalous presentation of the statue of Pieta with the picture of a religious sister on the lap of Mother Mary instead of Jesus Christ and printing it on the poster announcing the protest before the Kerala Secretariat. This is a profanation of a sacred object that calls for punishment..."

This is not the first time that the church has issued such warnings against dissenting voices within the body after the nun rape case rocked Kerala in September. In September, Sister Lucy Kalapura, a nun who had participated in a hunger-protest by nuns for the lack of action against Bishop Mulakkal, was barred from performing duties at her church. However, the ban was soon revoked following opposition from the devotees. Similarly, a Jacobite priest Bar Yuhanon Ramban had also received a letter warning him of actions for supporting the nuns' protest.