The accused denied the charges against him 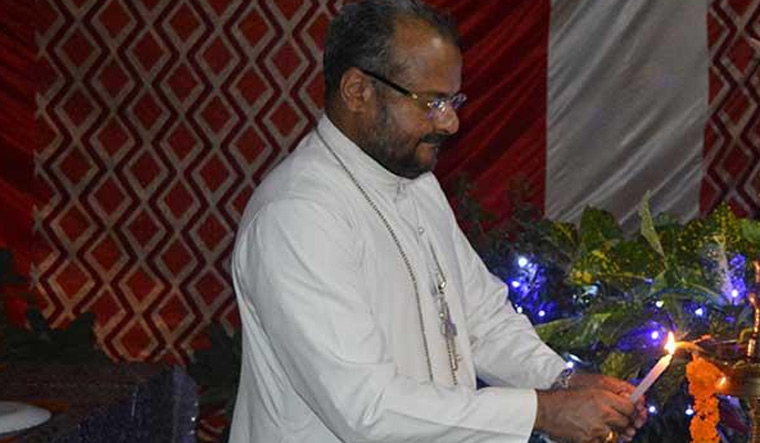 A court in Kerala's Kottayam, on Thursday, framed charges against former bishop of Jalandhar Diocese, Franco Mulakkal, in the case relating to rape of a nun in Kerala.

The additional sessions court judge read out to Mulakkal, who was present in the court, the charges under various sections of the IPC, including the punishment for offence for rape, as it commenced trial proceedings in the sensational case.

The accused denied the charges against him. The case was posted for September 16 for the victim's examination.

Last week, the former bishop was granted bail by the court with stringent conditions and directed him to be present on the dates of hearing of the case.

The Supreme Court had directed Mulakkal to face trial as it dismissed his plea seeking discharge in the rape case lodged against him by the nun belonging to a congregation under Jalandhar diocese, saying there was no merit in his petition.

Mulakkal, in his plea, had challenged the July 7 Kerala High Court order, dismissing his discharge plea in the rape case filed by the nun.

The High Court had asked the deposed bishop of Jalandhar diocese to stand for trial in the rape case.

He had filed the revision petition following the dismissal of his discharge plea by a trial court in March this year.

The rape case against the bishop was registered by police in Kottayam district. In her complaint to the police in June 2018, the nun had alleged that she was subjected to sexual abuse by the bishop during the period between 2014 and 2016.

The bishop was arrested by the special investigation team.