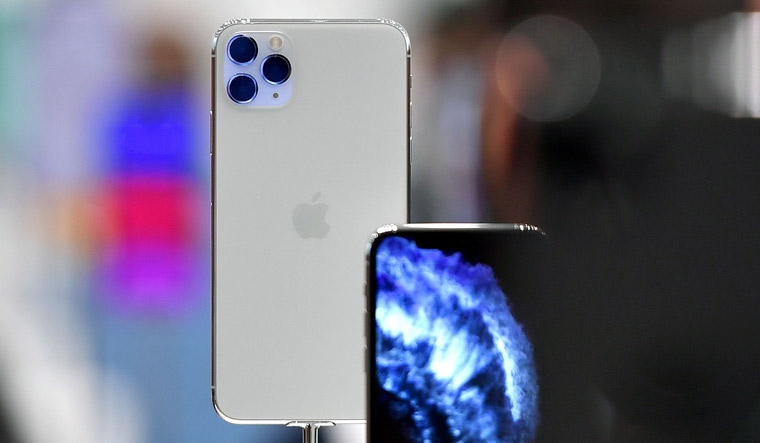 [File] The new Apple 11 Pro on display during the Apple product launch event in Cupertino, California on September 10 | AFP

In a first, Apple has started manufacturing its flagship iPhone 11 at the Foxconn plant near Chennai. This is the first time the iPhone maker is making its latest flagship phone in the country. The move is a shot in the arm for the Central government's pet initiative, 'Make in India'.

Production will be stepped up in phases and Apple may consider exporting the India-made iPhone 11, reducing its dependence on China, The Economic Times reported two senior industry executives.

The company hasn’t cut prices as it also sells iPhone 11 handsets made in China in India, but the move has fuelled speculations that the price of iPhone 11 might be reduced in India. Local production saves Apple 22 per cent on import duty.

The report also added that Apple is mulling making the new iPhone SE at the Wistron plant near Bengaluru. The unit used to produce the earlier iPhone SE, which has been withdrawn.

The development on iPhone 11 comes just a little over nine months after the Cupertino giant started the assembly line for the iPhone XR in the country.

Meanwhile, the expansion of consumer demand in India has lately attracted Apple and all its three iPhone suppliers—Foxconn, Wistron, and Pegatron—to make huge investments in the country.

Last week, reports suggested that Foxconn was planning to invest $1 billion to expand its plant in Sriperumbudur near Chennai. Soon, reports surfaced saying Pegatron has registered its India subsidiary in Chennai and was in discussions with various state governments to find land to set up factories.

Wistron has already announced to expand its operation by increasing the manpower by about 10 times to 20,000 people over the next 2 years with an initial investment of around Rs 2,000 crore.

Apart from the expanding consumer market in India, the US-China trade fallout is another key reason why Apple is betting big on India. India has also played its part to attract foreign companies planning to diversify their manufacturing facilities out of China in view of the COVID pandemic.

Along with the Narendra Modi government's call for 'atma nirbhar Bharat', India had notified schemes comprising total incentives of around Rs 48,000 crore to boost electronics manufacturing in the country.

It also introduced the Production Linked Incentive (PLI) schemes, an electronic company has the potential to get an incentive of around Rs 7,500 crore if it scales up production to worth about Rs 1.5 lakh crore over next five years.