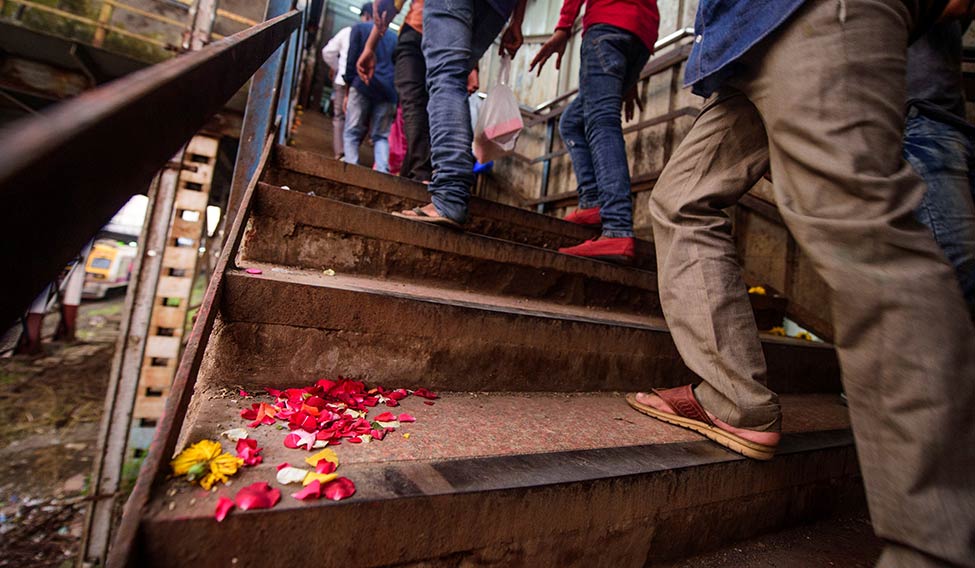 Several people had warned the railways about the Elphinstone Road overbridge

For Ritesh Rathod, 27, the last few days have not only been about braving the physical injuries he suffered in the stampede on Mumbai’s Elphinstone Road railway overbridge which claimed 23 lives, but also about dealing with the mental scars.

The stampede, on the morning of September 29, which witnessed a sudden spell of heavy rainfall, was caused by rumours of a short circuit and the possibility of the foot overbridge collapsing. Chaos ensued as the crowd of passengers tried to escape from the narrow overbridge, which links Parel and Elphinstone Road railway stations.

“All I remember is hearing many people shouting that the bridge was going to collapse. The next thing I knew, the lower half of my body was trapped under a pile of a dozen people,” said Ritesh, a Vasai resident, who was heading to Lower Parel to meet a client. “I could not breathe and lost consciousness.” His client Tushar repeatedly phoned him till, finally, a stranger answered. Tushar then went looking for Ritesh at the station, found him and took him to King Edward Memorial Hospital.

Of the 39 people who were seriously injured, 19 are in hospital—17 men in the orthopaedic ward and two women in a general ward. The doctors said three of them needed surgery.

As the news of the stampede broke, citizens and politicians recalled how they had made several attempts in the past to alert the railways about the narrow staircase leading to the foot overbridge. The overbridge is 32m long and 5m wide, but its two exits are only 2.1m wide. More than a lakh commuters use it every day. Yuva Sena chief Aaditya Thackeray tweeted about how Shiv Sena MPs Arvind Sawant and Rahul Shewale had written to the railways about the overbridge in 2014. And, though the railways has assured people that the government was considering the proposal to widen the overbridge, it took 23 deaths for a tender to be floated for the construction of a new overbridge. According to reports, former railway minister Suresh Prabhu had approved the proposal for a new overbridge in 2015.

Said Shishir Joshi, CEO of Mumbai First, a non-profit think tank: “While there is no doubt that increased population or migration is stretching the city’s resources, the deeper rot is the myopic vision of the administration. The main issue is lack of governance and the absolutely pathetic coordination between various urban local government agencies. Even this tragedy will be another statistic in ten days.”