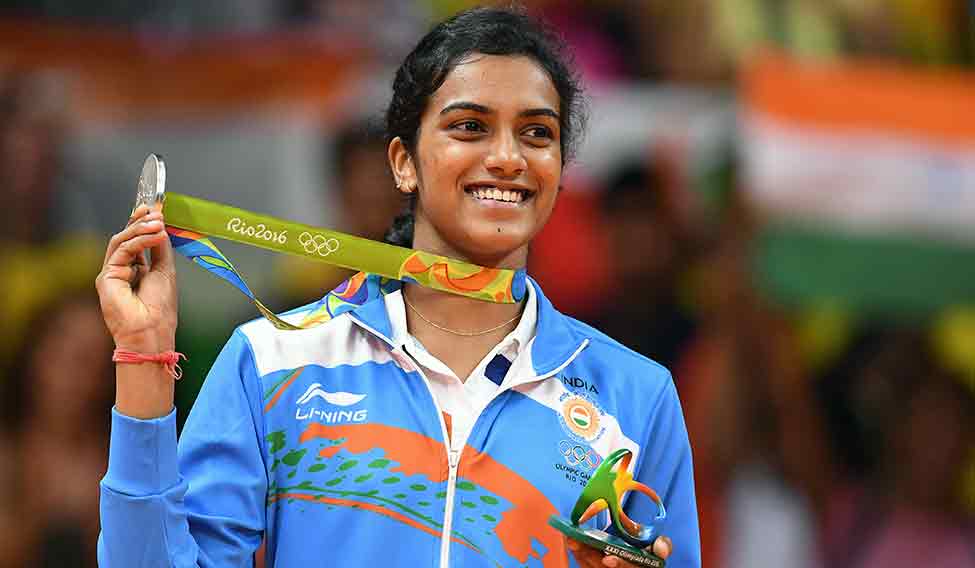 P.V. Sindhu's medal was the first silver by an Indian shuttler at the Olympics | R.S. Gopan

The party is over in Rio, and it is time for introspection

The last medal ceremony of the Olympics was held during the closing ceremony. Eliud Kipchoge of Kenya took gold in the men's marathon, Feyisa Lilesa of Ethiopia silver and Galen Rupp of USA bronze. Lilesa seemed preoccupied, worried. He was chewing his lips, his face twitching. When called to the podium, he climbed up and saluted the crowd. But, the smile was wan. The medal was awarded by IOC president Thomas Bach and the souvenir by Lord Sebastian Coe.

Lilesa’s unease stemmed from what he did when he crossed the finish line. He raised his arms and crossed them in an X. In the post-marathon press conference he had said, “The Ethiopian government are killing the Oromo people and taking their land and resources. My relatives are in prison, and if they talk about democratic rights they are killed. I raised my hands to support the Oromo protest.” He said he might be killed or imprisoned if he returned home. And, he was also worried about his family back home—wife and two children, parents, a brother and a sister.

The incident just affirms the fact that the Olympics is not just about sport. Through the Games, and through the International Olympic Committee, runs a strong vein of commerce and politics. When it is restricted to the administrators, it is often condoned. But, the IOC brooks no politics on field, and no ambush marketing.

Lilesa stands to face IOC sanctions. Remember the famous AP photograph from Mexico 1968 of two black athletes on the podium raising a black-gloved hand each? They were protesting human rights violations. They had shed their shoes, too, to highlight poverty among African-Americans. Olympic 200m gold medallist Tommie Smith and bronze medallist John Carlos were stripped of their medals for the “outrageous stance”.

In the main press centre, all computers and television monitors have their brand names blacked out. Your brand won’t be seen, unless you pay for it. You can swipe only VISA cards. You can drink Coke or SKOL beer only. And, the beer is around four times the price it is sold outside. Despite this iron-grip on the books, things don’t look great for the Olympics worldwide. Audiences are getting older and television viewership is dropping.

For the first time since the Millennium Olympics in Sydney, television ratings have slipped in the US, according to Bloomberg Intelligence. In the US, primetime television viewership of the Olympics has been down by about 17 per cent compared to London 2012. The report also has bad news for advertisers. In the 18-49 age group coveted by them, the audience has become 25 per cent smaller. The NBC is worried because Comcast, its parent company, has paid $12 billion for exclusive US broadcast rights until 2032. When rights-holders get antsy, the IOC gets very worried.

It is expected that Tokyo 2020 will allay the fears, considering Japan’s manufacturing base. Already, Toyota has come on board as the founding partner of the newly launched Olympic channel till 2020. The IOC has pitched the channel as a “digital-first, multi platform… which aims to broadcast the Olympic movement and its inherent values all year round”.

The 2024 Summer Games venue will be decided in Lima, Peru, in September 2017. Hamburg has pulled out of the bid, after 60 per cent of residents voted no. They even launched a #NOlympia campaign. Their fears: the expected ¤11.2 billion costs, and the games might become a magnet for terrorists. Possible bidder Toronto has pulled out. And, in the US, Boston has backed out and the US Olympic Committee has now fielded Los Angeles. So, now it is between Paris, LA, Budapest and Rome.

Bostonians had an issue with the IOC. A No Boston campaign statement called the IOC “an unelected, private organization headquartered in Lausanne, Switzerland, where it takes advantage of lower tax rates and lax oversight. The IOC requires host cities to agree to a set of lavish demands, including a ceremonial welcome at the airport and complimentary luxury accommodations that include 'seasonal cakes and fruits'.” Why should the taxpayer fund this organisation’s show is what the No Boston campaigners asked. More taxpayers are likely to ask this question in future.

When Nita Ambani, an IOC member, posed with P.V. Sindhu after the women’s badminton singles medal ceremony, a young Indian volunteer asked: “How does one become an IOC member?” Journalists within earshot looked away. The second question he had was: “Who is the paaji with her? Is he a politician?” The journalists quickly explained that Raja Randhir Singh, an honorary member of the IOC, had represented India at six Olympic Games and was a multiple Asian Games medal winner. The boy seemed satisfied for then.

The questions were natural. Rio 2016 did not go well for India, on field and otherwise. India finished 67th, with a silver and bronze. Perhaps, the biggest shock was that the shooters drew a blank. Since Rajyavardhan Singh Rathore’s trap silver in Athens, India has come to rely heavily on its shooters. Only Jitu Rai and Abhinav Bindra made it into the finals of their events this time. Bindra lost the bronze by a whisker.

National Rifle Association of India president Raninder Singh said in Rio that it was a “tactical blunder in allowing personal coaches. We will introspect this in future. Overall three athletes’ [performance] has been below par. Others have shot brilliantly.” He did not name anyone. He said elsewhere that eight shooters were rookies in the Olympics. 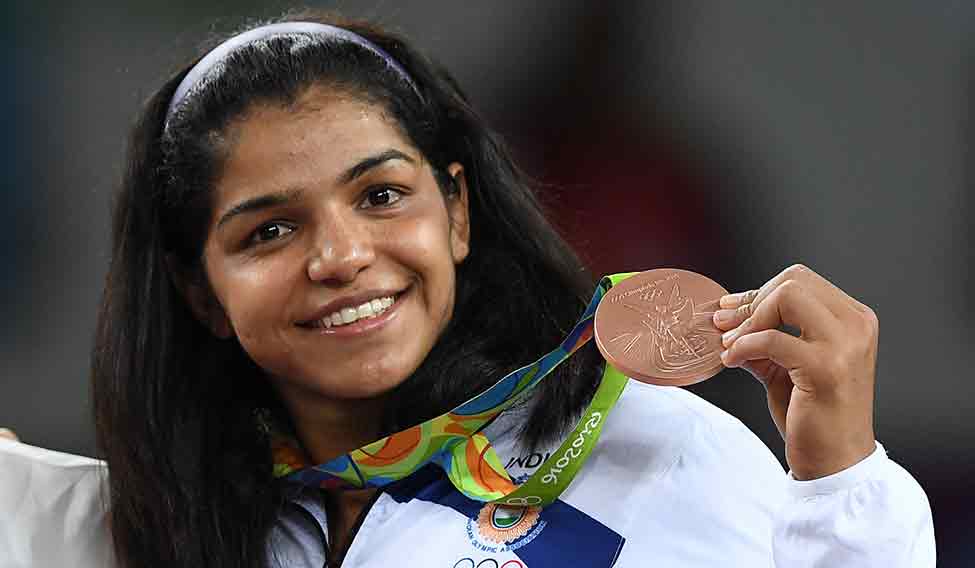 Sakshi Malik rebounded from her initial loss to win the bronze | R.S. Gopan

The NRAI has announced an independent inquiry into the Rio debacle. Reports suggest that Bindra has been invited to head the inquiry. In Rio, the name that cropped up often on the Deodoro shooting ranges was that of Indian Navy marksman Sanjeev Rajput. The shooter was in top form, but was not picked for the Rio side.

In wrestling, Yogeshwar Dutt was not in top physical form, as he was recovering from a knee injury. But the knockout in the qualifying round was not expected. Vinesh Phogat’s injury, too, was an unexpected wallop. Sakshi Malik’s medal was not expected, after the initial loss. The bronze is a testimony to her ability to rebound from hard falls.

And, Narsingh Yadav’s case was mishandled, said an official in the Indian contingent. “We should have thought ahead and avoided this shame in the Olympic venue,” he said.

And, senior members of the media corps felt that the Indian officials withheld the judgment of the Court of Arbitration for Sports (CAS) to benefit from the time difference. There were two hearings on August 18th, at 1pm and 5pm. The final verdict came at 6:45pm, according to the statement issued by CAS. But, the media contingent was not informed until 8pm Rio time, which is 4:30am IST. By then, newspapers were printed. The online and news channels took it up, but before it snowballed, Sindhu’s silver medal came.

In badminton, it was the biggest contingent ever. But, Saina Nehwal was truly injured, unlike what armchair critics say. And, K. Srikanth was not what he was two years ago. And, that was not enough to best Lin Dan. Though it was only Sindhu who had a podium finish, there is no shame at all in the performance of the other two. It was heartening to see coach Pullella Gopichand receiving as much adulation as his wards did.

The boxers were expected to do well. Especially, Manoj Kumar after his win over London 2012 light welterweight silver medallist Evaldas Petrauskas. But, they could not overcome the tough draw and fell by the wayside.

While the women’s hockey team had a wipeout, the men fought well and found Belgium too tough an opponent. “Some people say this is Belgium’s golden team, like ours which won Olympic golds,” said captain P.R. Sreejesh.

In the athletics team, Lalita Babar offered some respite by breaking the national record and Tintu Lukka clocked her season best. In the men's marathon, Thonnakkal Gopi ran his personal best to finish 25th and Kheta Ram was placed 26th out of the 140 runners who finished the race. In the women's 4x400m relay spilt times, Anilda Thomas was the fastest followed by Tintu Lukka. Many others failed to match timings they had comfortably set earlier. “When a person performs badly in multiple Olympics, the person should be analysed along with the performance,” said P.T. Usha. By that criteria, triple jumper Renjith Maheshwary is a top candidate for scrutiny.

Another unexpected bright spot was the performance of Dattu Baban Bhokanal in the sculls. A man from a drought-hit village in Maharashtra fought the elite in the sport with aplomb. And, to think that it has been only four years or so since he knew that the sport existed. After losing his father to cancer and leaving a comatose mother hospitalised, the Army man drew into his reserves of strength to perform unaffected. 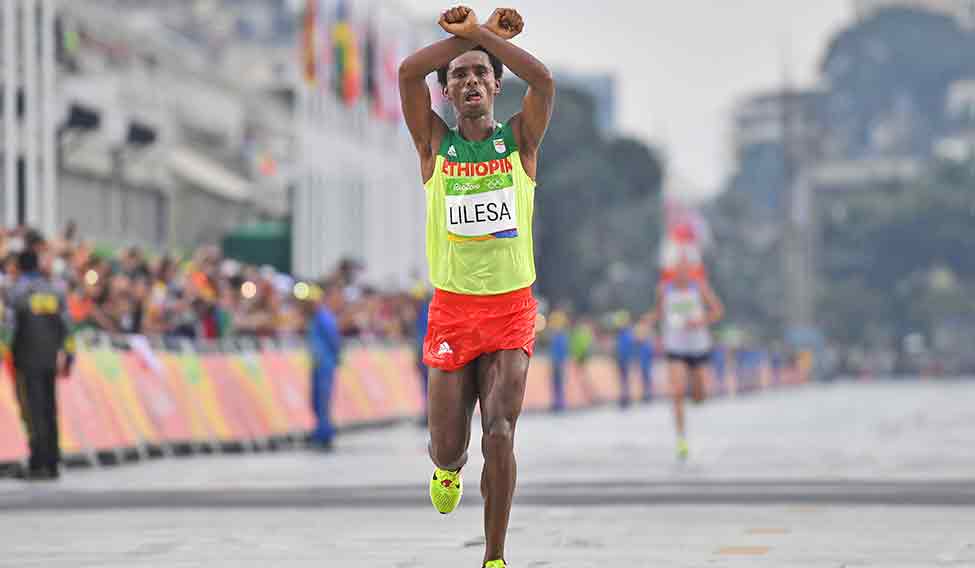 During the first two days of the women’s golf event, Aditi Ashok, 18, was in the medal reckoning. Commendable for the youngest girl in the field. When asked about her promising show, she said, “I think it would have been big in India [had I won a medal]. And, also being a golfer, a woman golfer, it would have definitely boosted the popularity of the sport. That's what I was hoping to do.” She hoped that the fair performance would draw more eyeballs and support to the sport.

In tennis, predictably, Sania Mirza and Rohan Bopanna did fabulously. For Leander Paes it was heartbreak, and, perhaps, his swan song. For young Prarthana Thombare, it was baptism by fire. But the gritty lass is one to watch in the days ahead.

Then, Dipa Karmakar. First Olympics and a fourth place finish in a sport in which she is the first Indian entrant ever. When the announcers highlighted this fact, the arena erupted in joy for the young girl from Agartala. And, the grace exhibited by her and coach Bishweshwar Nandi won all the hearts that day.

The downside that got the most press, of course, was the scandals involving the minister and the bureaucrats. THE WEEK was at the—now infamous—Independence Day gathering at the Clube de Regatas do Flamengo in the upscale Lagoa neighbourhood. Only the hockey teams and a few others like swimmer Sajan Prakash had come. It was dinner time and they were served juice, coffee, tea, a trail mix of nuts and raisins, and breadsticks. And, oh, bite-sized muffins. Then they were fed speeches. Taped ones of the president and prime minister. And, fresh ones of the sports secretary and the ambassador.

Other than the athletes, the Indian youth who were volunteering at the Games had come. And, Indian families living in Rio de Janeiro, too. People do bond over food. This was a lovely opportunity for the embassy to bring the volunteers and the team and the expats together. Is it that India cannot feed a handful of citizens far away from home on Independence Day? Obviously not. It is the lack of thought, to anticipate needs and the inability to shed the bureaucratic baggage to make it happen. And, that is what is wrong with our approach to sport, too.