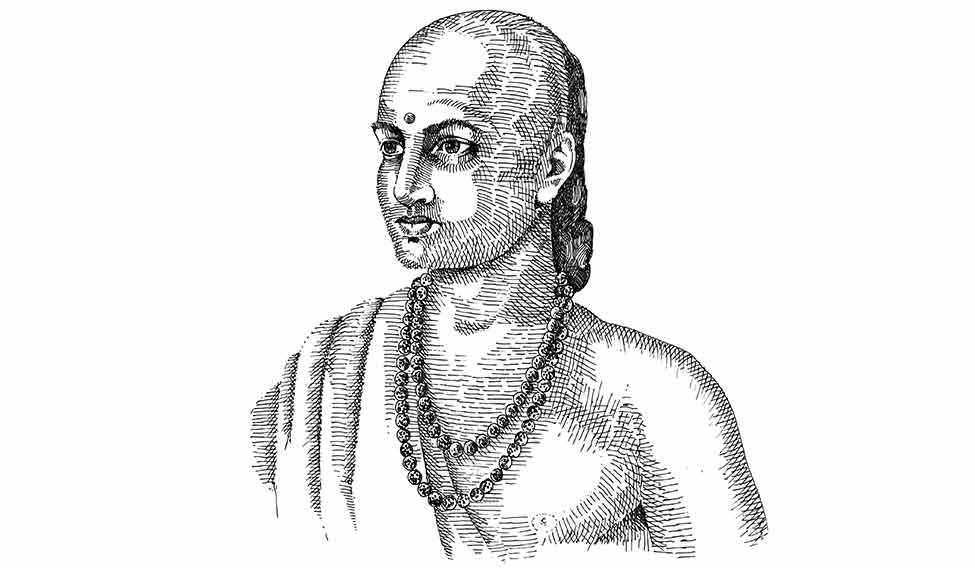 He ranks with Archimedes, Euclid, Muhammad al-Khwarizmi, Isaac Newton and Leonhard Euler as one of the greatest mathematicians. He began a new epoch in Indian astronomy that lasted a millennium. For centuries, his book, a masterpiece of brevity and eloquence, was the model for astronomers writing in Sanskrit.

Say Newton, Einstein, Darwin, Edison or Mendeleev and the words gravity, relativity, evolution, electric bulb and periodic table jump to mind. But what did Aryabhata actually do? Rare is a school or college graduate who can answer, even those who study mathematics or Sanskrit.

The oldest Indian book on astronomy, Vedanga Jyotisha, was composed by Lagadha. Was astronomy idle curiosity? Lagadha explains it in a single phrase: 'Kaala dik desha jnaana artham'—the science of astronomy is for the purpose of knowing time (kaala), direction (dik) and geography (desha). Since Vedic rituals had to be performed at the right time, jyotisha became one of the six vedangas. In this era, Vedanga Sulba Sutras, composed by Apastamba, Baudhayana and Katyayana, which discussed geometry and the construction of Vedic altars, had more mathematics than Vedanga Jyotisha.

The era between Lagadha and Aryabhata saw the evolution of astronomy. During this period, texts called the Siddhantas were composed, five of which Varahamihira analysed in Pancha Siddhantika.

Aryabhata lived in the fifth century in Kusumapura, also called Pataliputra. Almost all of what we know about him comes from what he wrote and what later astronomers like Brahmagupta and Bhaskara wrote about him. He composed Aryabhateeyam in 499 CE when he was 23 years old. It consists of two parts. The first, Dasha Geetika (Ten Songs), lists astronomical constants (like orbital periods and diameters of the sun, the moon and planets), number of years in a yuga, yugas in a kalpa, kalpas in a manu, deviation of planets from the ecliptic epicycles and sine table.

His first verse is a salutation to Brahma. He was a scientist, but not an atheist. Mathematics was not taught to schoolchildren then as it is today. Arithmetic symbols familiar to us (+ - x ÷ =) were only introduced in the fifteenth century. Mathematics was not expressed in equations, but in slokas. Take, for instance: Tribhujasya phala shareeram samadalakoti bhujaardha samvargah. While this may sound like a religious chant, the words are all technical. Bhuja means arm. Tribhuja means three-armed or Triangle. Shareeram means area. Samadalakoti means perpendicular. Samvargah means multiplication. Bhujardha means half an arm (half the base). The sloka simply means 'Multiplication of perpendicular and half-the-base results in triangle’s area.'

He built upon mathematics and time to explain how celestial geometry impacts sunrise and sunset on terrestrial geography. Before the British made Greenwich the prime meridian, Indians used Ujjain as prime meridian. He explained that solar and lunar eclipses were shadows of the moon on earth and earth on the moon, respectively. Gola describes some astronomical instruments and explains such concepts as Ascensions of the Zodiac and Sine of Ecliptic.

Like most Indian astronomers writing in Sanskrit, Aryabhata gave no proof of his theorems or algorithms. He codified calculations to fit observations of his time, which differed from those of the extant siddhantas because they were producing poor predictions. His book overturned several notions held sacred by pundits. But his excellence could not be ignored or disputed.

A century later, another genius, Brahmagupta, vigorously criticised several of Aryabhata's assumptions and assertions, sometimes fairly and accurately, sometimes not. But he also corrected and improved upon some of Aryabhata’s mistakes (for example, formula for volume of pyramid) and introduced several innovations. Brahmagupta discovered integers and perhaps algebra, explained in Brahmasphutasiddhanta. His concepts form the foundation of modern mathematics, which schools teach children.

Two schools of astronomy emerged in India, one following Aryabhata, the other Brahmagupta. In the twelfth century, Bhaskara consolidated the work of Brahmagupta in his Siddhanta Siromani, which became the Indian standard, except in Kerala where astronomers like Parameshvara and Nilakantha Somayaji continued to build upon Aryabhata.

The scientific atmosphere around astronomy and mathematics was vigorous and productive in India from the fifth to the sixteenth centuries, and inspired some brilliant mathematics in the Arab world for two centuries, from where it travelled to Europe via Fibonacci.
Gopu is a software developer and pursues his interests in heritage sculpture and painting in temples, history, Sanskrit and Indian science.

While Aryabhata is known for his cryptic brevity and a strictly technical book, Varahamihira is prolific, humorous and full of life. He was a contemporary of Aryabhata and his primary astronomical work is the Pancha Siddhanthika, a comparison of five astronomical texts. Historians believe the last two of these texts were written by Greek astronomers living in India, but they were also written in Sanskrit. Most of these texts are now lost. Varahamihira himself mentions that Greeks were highly respected astronomers.

His magnum opus, Brihat Samhita, is more a book on astrology than astronomy, but includes a scientific proof that eclipses are caused by shadows, not the divine serpents Rahu and Ketu. He has an extensive chapter on comets. He even included a chapter, Stree Prashamsa, or 'In Praise of Women', which is full of romantic and witty observations and recommendations. His chapter on Agastya is a masterpiece of devotion, poetic metaphor and imagery. In another chapter he displays his mastery of prosody. The book discusses not only things in the sky, but everything under it, too, such as botany and zoology, architecture, commodities, portents, omens, perfumes and pimples!

Your form could not be submitted.
This browser settings will not support to add bookmarks programmatically. Please press Ctrl+D or change settings to bookmark this page.
Topics : #History of India through 25 people | #History | #Science