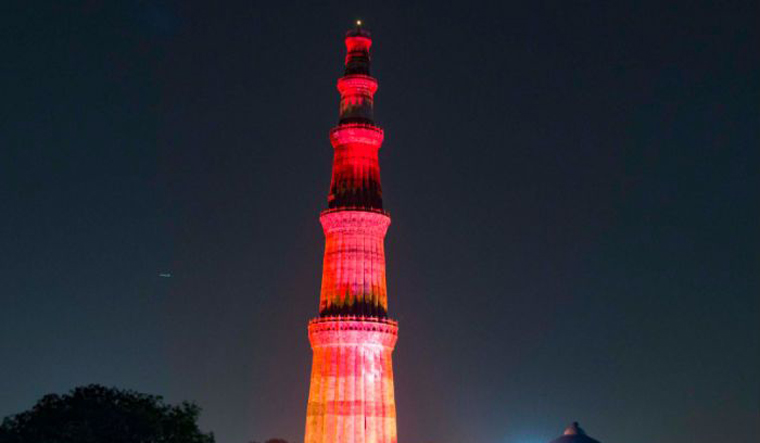 The iconic Qutb Minar complex in Delhi has not been immune from the perception it is a symbol of aggression by medieval Muslim rulers of India. In December, a court in Delhi rejected a civil suit seeking restoration of Hindu and Jain deities and right to worship inside the complex.

The suit alleged the Qutb Minar complex was built on ruins of temples desecrated by the ruler Qutb-Din-Aibak. The court's rejection was challenged and a new hearing is expected to be held on May 11.

The NMA has written to the Archaeological Survey of India, seeking movement of the two Ganesha idols to the National Museum, The Indian Express reported on Thursday.

Vijay told The Indian Express “I visited the site several times and realised that the placement of the idols is disrespectful. They come near the feet of the mosque visitors... After Independence, we removed the statues of British kings and queens from India Gate, and changed the names of roads to erase marks of colonialism. Now we should work to reverse the cultural genocide that Hindus faced at the hands of Mughal rulers.”

The idols are known as 'Ulta Ganesh' and 'Ganesha in cage'. “These idols were taken, apart from those of Jain Tirthankaras and Yamuna, Dashavatar, Navagrahas, after demolishing 27 Jain and Hindu temples built by King Anangpal Tomar… The way these idols have been placed is a mark of contempt for India, and needs correction,” Vijay told The Indian Express.