The movie downgrades Pauly from actor to star 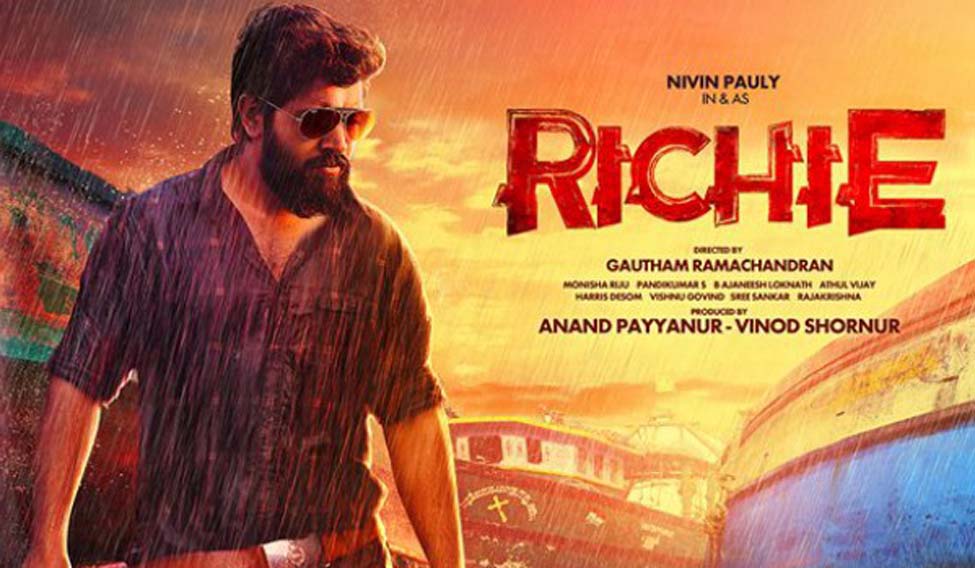 In 2015, Nivin Pauly-starrer Premam became a runaway hit in Tamil Nadu. At a time when Tamil films were struggling to survive the weekend in theatres, the Malayalam movie showed how it's done! Nivin Pauly became a rage in Tamil Nadu, even without acting in a straight Tamil movie (Neram was a bilingual).

Cut to 2017, Nivin Pauly gets his first straight film in Tamil—Richie—directed by debutant Gautham Ramachandran. Richie is a Tamil remake of the Kannada movie, Ulidavaru Kadanthe.

The movie unfolds in Manapad, a coastal town in Tamil Nadu, where someone is killed on a Christmas Day. A journalist, played by Shraddha Srinath, wants to know the reason behind it, although her editor his sceptical of her pursuing the story. She interviews people associated with the murder. Each give their own version of the killing, which is woven around trust, friendship and more importantly betrayal. And, Richie, played by Nivin Pauly, is at the centre of things, cropping up in all the narratives. Has Nivin Pauly made the right choice by choosing Richie as his first straight movie in Tamil? The answer is a resounding NO! All that audiences get to see is Nivin Pauly sporting a beard, smoking, chewing paan, beating people up and dancing occasionally (everything in slow motion).

He miserably fails to fit into the character of Richie. Sporting a sunglass and a holster we rarely see him emote on screen. The end result: You do not empathise with the protagonist. Dialogues are another big letdown. Of course you cannot expect a Malayalee actor to talk Tamil in Tuticorin slang, but, there are scenes where the mismatch is too obvious and easy to spot. The story is initially narrated in a non-linear fashion, but at a particular point becomes linear and also dragging. The only saving grace in the narration is the suspense, which holds out till the end. Natarajan aka Natty, as Selva, is convincing and has proved once again he can act effortlessly. An actor like Prakash Raj is greatly underused. Cinematography by Pandi Kumar captures the coastal town beautifully; the background score by B. Ajneesh Kumar electrifies the scenes. What worked against the movie was the addition of commercial elements into the script. Like every Tamil hero, Nivin delivers punch dialogues and beats up people. Tamil cinema has way too many stars, but it is in dire need of actors. Someday, someone like Nivin Pauly will fill that void.