THE SHAPE OF WATER

The Shape of Water: A magical, mystical tale of love 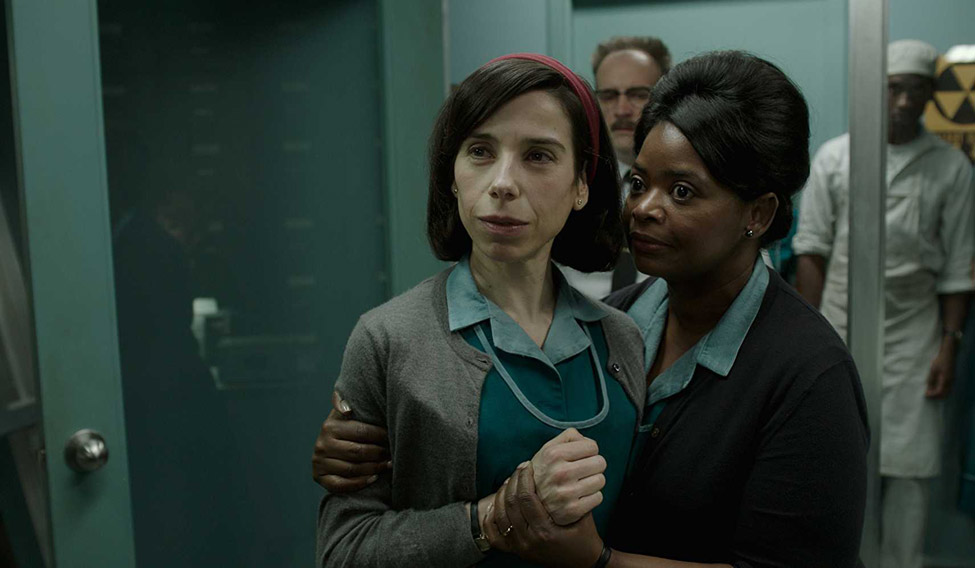 When it comes to retelling fairy tales, there are inherent limitations that a movie maker will inevitably find hard to overcome. The audience is familiar with the three acts—the set-up, confrontation and the resolution—and it would take a visionary director to breath a whiff of fresh air into the narrative.

One of the 'Three Amigos of Cinema'—Guillermo del Toro—seems to possess a remarkable flair of bringing fantasy and fairy tale alive on screen. After Pan's Labyrinth, Crimson Peak and The Devil's Backbone, Guillermo del Toro is again demanding suspension of disbelief as he narrates The Shape of Water— a magical tale of love that is as old as the hills. But he does so while creating the characters, including a monster, as believable as they could get.

Elisa Esposito (Sally Hawkins) works as a night-time janitor in a secret government facility in Baltimore in the Cold War era. She lives a mundane life with her own peculiar set of tastes and habits. Elisa has two friends, and no more—an empathetic colleague Zelda (Octavia Spencer) and Guiles (Richard Jenkins), an affable man next door. Elisa's daily drudgery turns fascinating after the facility receives a creature captured from a South American river. The humanoid-amphibian was once worshipped as god by Amazon natives. It is now only an 'asset' and is subject to a series of tests, which include extreme physical subjugation by Colonel Richard Strickland (Michael Shannon), to help the US capitalise on the monster's non-human abilities as the country attempts to race ahead of Russia in the Space Race. Elisa and the creature begin to connect through signs and bond over boiled egg and music. She embarks on a daring rescue mission when she learns the facility's plans for the monster and what follows is a predictable, yet delectable, sequence of of events.

While the director makes the Elisa's world and her affinity with the creature the centre of the movie, he takes ample care to develop parallel stories—the futile attempts of Guiles to woo a man he falls for and the attempts of a Russian spy to make matters easier for the monster and characters. Guiles, a struggling artist, connects with Elisa because they are both socially outcast—she because of her inability to speak and he because of he is gay (remember, the year is 1962, long before the world learnt to be politically correct). He becomes her unsure accomplice in her mission to have the monster freed as he understands her longing to belong somewhere, to someone. While they may not exactly articulate the unfairly manner in which the world around treat them, the way they stand for each other, when things take a freakish turn in Elisa’s life, reveal their disdain for norms and morals of those around them.

Del Toro seem to have acquired a talent to make even the most bizarre act of the sexual union between a human and a creature endearingly tender. Elisa's affection for the creature is so consuming that she is ready to battle the world for it even when she knows that she barely stands a chance against the forces that she is up against. And, you barely find anything odd or even unbelievable with it.

Sally Hawkins slips into the muted role of Elisa with great ease. While describing her character, Hawkins, in an interview, said, "She (Elisa) has a real gentleness of heart, and yet there’s a real strength within her." Hawkins manages to bring the vulnerability of Elisa, her desperation and determination—springing up from the resilience she seem to have mastered while dealing with a cold, uncaring world—while letting her eyes do most of the talking, with her choice of music and sign language doing the rest. 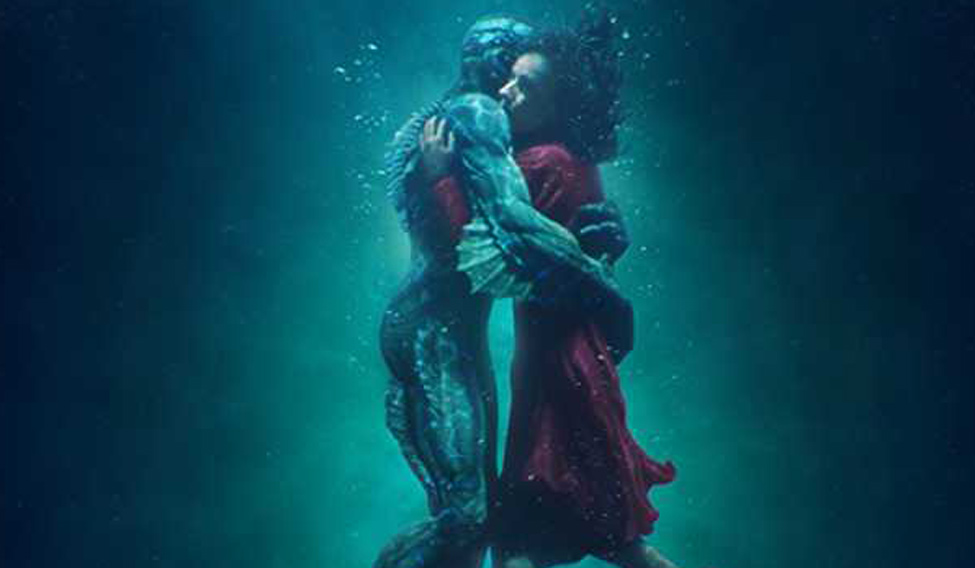 Jenkins is no stranger to lonely man act (The Visitor) and in the The Shape of Water, he perfects the art. Guiles is a tormented man as he is faced with failures on both professional and personal front. Jenkins' portrayal of slow, timid and unsure Guiles gets into perfect rhythm with Hawkins' Elisa.

While Octavia Spencer as Zelda is her usual, affable self, Michael Shannon's portrayal of the menacing, maniacal Colonel Strickland is the stuff of nightmares. Shannon had called Strickland, “the crystallisation of the American psyche in the Cold War period, fighting Communists, fighting the unknown, but ultimately, without any idea why he’s doing any of that or what it’s going to accomplish.” Aye, true that!

Del Toro regular Doug Jones is the monster, and you don't see him, at all. The mannerism of the monster has almost nothing human about it, except when it connects with Elisa. Jones perfects the gaits and strides of the creature to enchant the audience (and even shed tears for it).

Dan Laustsen, who worked with del Toro in his last gothic romance venture Crimson Peak, is the man behind capturing the magic that unfolds. From the barely lit streets of Baltimore, the dimly lit interiors of Elisa's apartment, to the thunderstorm and insane rain in the end, his camera takes the viewers back to the Hollywood days of 1950s. Oscar-winning composer Alexandre Desplat celebrates the optimism of fairytale love stories with dreamlike, delightful scores.

A love story through and through, The Shape of Water is magical, poignant and elegant.

Movie: The Shape of Water