'Elvis' review: Capturing the essence of a rockstar

Elvis isn't Baz Luhrmann's finest, but it's still worth watching 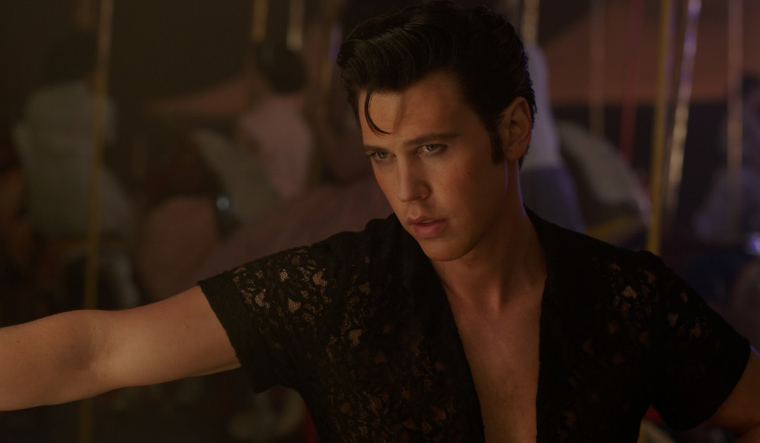 Yes, Elvis is the story of Elvis Presley, the 'King of Rock and Roll' who adored comic books and yearned to reach the rock of eternity.

Baz Luhrmann, a music enthusiast and director of films like Strictly Ballroom and Moulin Rouge, is back with a new biographical musical drama, Elvis.

Elvis is the tale of Elvis Aaron Presley, an American singer and actor who is and will always be a living legend. He was the most influential cultural icon of his era, who created a new realm in the music industry. During a time of profound change in racial relations, his hyper-sexualized performance style and electrifying renditions of songs, with a strong mix of influences from all over the world, earned him both an enviable reputation and criticism.

Luhrmann uncovers the story through the lens of Colonel Tom Parker (Tom Hanks), the singer's bogus and unscrupulous manager. The film opens with Parker on his deathbed in a Las Vegas hospital room after fainting in his garish workplace. He needs to clear his name as he has been labeled a fraudster by the media for leveraging Elvis (Austin Butler). In the nick of time, the hospital turns into the Las Vegas skyline, and Parker in his nightgown walks to the roulette wheel, where the narration begins. The film depicts all the peaks and valleys in Elvis' life. The movie's first half is assembled like a roller coaster ride, with each frame flying at the pace of a leopard. However, the second half is paced smoothly, with scenes not rushing into one another.

Austin Butler comes up with a stellar performance, and the sight of him walking into the film as Elvis in a pink suit is magnificent. He flawlessly mirrored Elvis Presley's wiggling and other personality traits. Austin sang most of the songs in the film himself to bolster his performance, and his voice was blended with that of the original Elvis. Gladys Presley (Helen Thomson), Elvis's mother, and he had a powerful connection. Helen Thomson perfectly captures a loving, protective mother who claims her child is endowed by God.

Elvis shared a deep connection with Parker, that clouded Parker's propensity to dominate and manipulate Elvis' life. Elvis was unable to escape Parker even after discovering the truth about him. In the 161-minute film, despite being taunted by his companions for being enamored with the African American music of Memphis' Beale Street, he seeks solace in music. Parker argues that his love for the audience killed him. Ironically, he is the one who constrained and controlled Elvis' life within America, while Parker believes he was the one who opened the door for Elvis. The film ends with an original clip of Elvis’s final performance, 'Unchained Melody', which gives it an authentic touch. Elvis isn't Luhrmann's finest, but it's still worth watching.