Me too, to fight prods and ogles 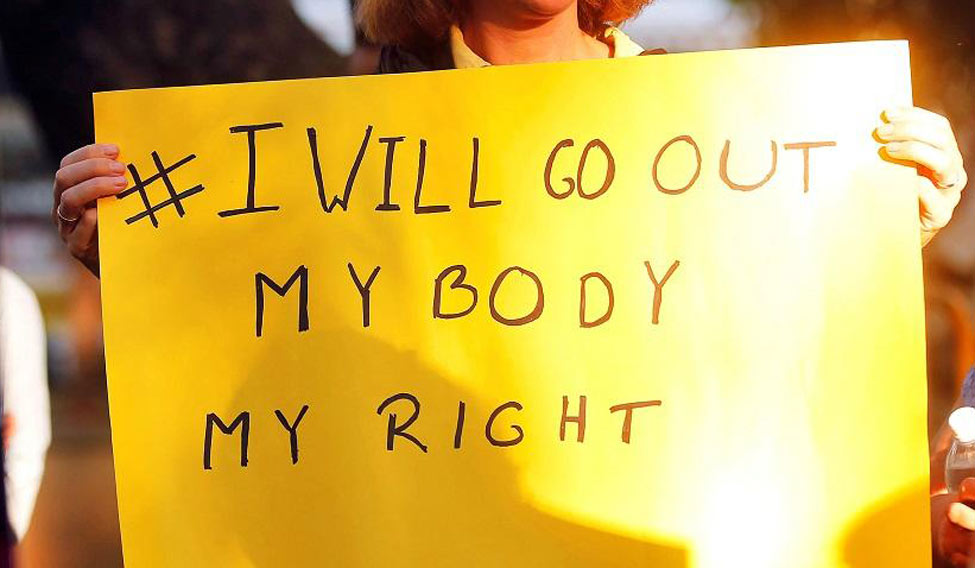 From cities teeming with people of every kind to seemingly innocuous corners of sleepy hamlets, these moral-less people are found in every bit of space.

It was about two years ago on a bus, in a town that can barely call itself one, that I realised with alarm that my 300 pound dead-lift hardly gives me an edge over the creepy folks. There I was seated at the last row in a state-run bus, trying to fall asleep on a lazy afternoon. I closed my eyes and opened them again only to see a neatly dressed old man sitting next to me. Minutes followed and the silence between us was comfortable, but short lived. The man was beginning to take an interest in me. Soon, he was waxing eloquent about his taste in arts and everything fine.

“What music do you listen to?” he asked, without noticing the annoyance written all over my face. This should keep the old man quiet, I thought, as I went on a rant about the pointlessness of Indian classical music and how Marilyn Manson's scream is better than the classical musicians. All through the talk, the man's frail hand was on my thigh. There's nothing unusual about it I thought, the man is old, and full of grey hairs.

The old man was tenacious. He wanted to know if I was single and if I was living alone. His hands continued to remain where they were. Not wanting to sound offensive, I answered with all my honesty. It was a public bus, the time was afternoon and I was dressed in jeans that was washed a few months ago and a shirt that was equally dusty and I had told him I am a journo.

"I have sometime before I take another bus from Ernakulam, íf you are interested..." he said. I lost him for a while before the meaning of the words sunk in. It didn't take any words for the old man to remove his hands from my thigh after the intensity of my glare. He moved, finding another seat.

It was a non-aggressive approach, far removed from the unpleasant glances, suggestive gestures and uncomfortable touches women go through almost every day. But the lesson it taught me was big. The man is just a specimen of the countless creeps who lurk in homes, schools, streets, offices and other public place. Some of them are aggressive, others are persuasive.

Whether it was the old man I met at the bus or the media man in an elevator in a five-star hotel in Goa, there seems to be no end to the kind who look at others as a mere means to satiate their sexual appetite. While the voices raised against these may fall on deaf ears, it only increases the need to raise it to even a more fever pitch.

Joining the simple chorus of #MeToo started by actor Alyssa Milano is every woman who has faced the glances or touches of creeps in every form and shape. The message is simple—whether it is a word, gesture or touch, anything unwanted is uncalled for and needs to be stopped. The world, as it is, is not a fair place, but if raising the voice is the first step to make it a bit fair, every woman, and every man needs to raise theirs.