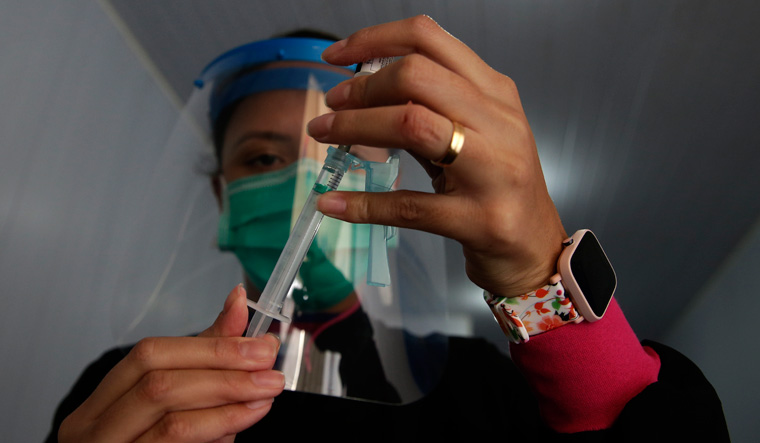 Australia, on Sunday, reported its first coronavirus-related death of 2021. Authorities reported 77 new cases of the virus-- most of the cases were known to of the infectious Delta Variant.

Consumed by a bitter and violent political struggle since the military seized power in February, Myanmar has been slow to wake up to a devastating surge in cases since mid-May. Military hospitals continued operating but were shunned by many, while doctors and nurses who boycotted the state system ran makeshift clinics, for which they faced arrest. The pace of vaccinations slowed to a crawl, threatening an explosion in infections.

Min Aung Hlaing, in a Friday meeting on COVID-19 response, ordered oxygen plants to work at full capacity, including converting industrial oxygen for the needs of patients.

Investment and Foreign Trade Minister Aung Naing Oo followed up on Saturday with an announcement that the government is dropping all duties and licensing requirements for the import of oxygen concentrators devices that generate oxygen.

A new amendment to the Finnish infectious diseases act concerning border security imposes a fine to a tourist who enters Finland and resists a required COVID-19 test, starting July 12. The law is valid until October 15.

It already was possible for the police to fine those refusing COVID-19 tests, but authorities say the amendment will remarkably clarify the situation in judicial terms.

Finland has a population of 5.5 million and one of the lowest coronavirus figures in Europe. The Nordic country has maintained tight border control during the pandemic. The country so far has reported 97,994 cases of the coronavirus and 976 COVID-19 deaths.

South Korea, on Saturday, reported 1,324 new coronavirus cases, the Korea Disease Control and Prevention Agency (KDCA) said. The number is a drop from 1,378 cases reported on Friday. Authorities have attributed the dip to fewer tests over the weekend and warned that cases may continue to rise.

The new wave in South Korea, however, sees far fewer serious infections than in previous waves. So far, about 11 per cent of South Korea's 52 million population have received both doses of the vaccination and around 30 per cent of the population have received one dose. More cases in the current wave are being reported among the younger, non-vaccinated segment of the population. Local authorities are imposing strict social distancing mandates. So far, South Korea has reported a total of 168,046 COVID-19 infections and 2,043 virus-related deaths.

Mexico, on Saturday, reported new cases of COVID-19 and 232 more deaths. The country's total COVID-19 toll is at 2,586,721. The government has suggested that the actual death toll could be 60 per cent higher than the official count.