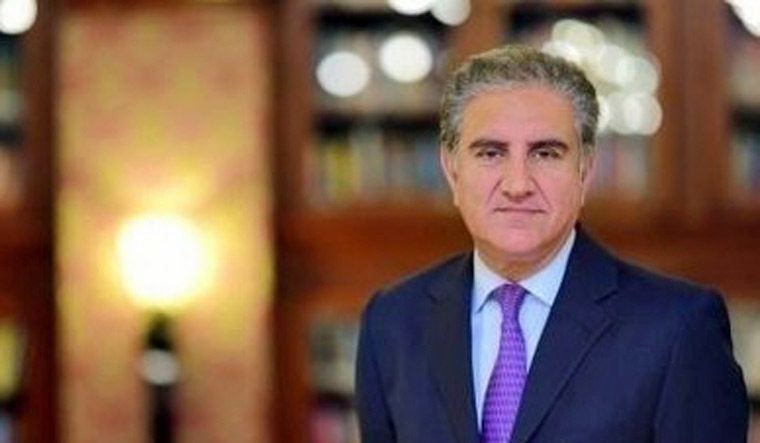 Pakistan Foreign Minister Shah Mahmood Qureshi has continued to blame India for the escalating tension with China over Ladakh. Late last month, when reports of the standoff between India and China at Ladakh emerged, Qureshi had blamed India's construction of "air strips and other infrastructure" as being the trigger.

On Tuesday, as news emerged that several Indian Army personnel had been killed in a clash with China in Galwan, Qureshi claimed the responsibility for the escalation "lay squarely with India". Qureshi was speaking on a programme of Pakistani channel Geo News. Qureshi reiterated that "India should not have constructed roads" in the region.

"India continued on and tried to flex its muscles; it first got a visible beating and now 20 of its troops have been killed," Qureshi was quoted as saying by Geo News. Qureshi warned the number of Indian casualties could rise.

Qureshi alleged that India had become isolated in its neighbourhood, citing disputes with Nepal, Pakistan and even Bangladesh and Sri Lanka. Qureshi claimed India had made SAARC "dysfunctional".

The statements from Qureshi came even as the Pakistani military revealed that all three heads of the country's armed forces had attended a "rare briefing" at the ISI headquarters on Tuesday. "A comprehensive briefing was given to military leadership on the regional security issues with special focus on situation of LoC and IOJ&K,” the Pakistan Army's PR wing said.

Commentators linked the meeting to the clash in Ladakh between India and China. Pakistan's Dawn newspaper reported, "Defence analysts... see these sessions like the one at the ISI headquarters on Tuesday as part of the military’s strategic signalling to India. A diplomatic source said Foreign Minister Shah Mahmood Qureshi was likely to hold consultation with his Chinese counterpart Wang Yi over the next few days."