After SARS and COVID-19, it is not wrong to call China a hotspot for deadly viruses 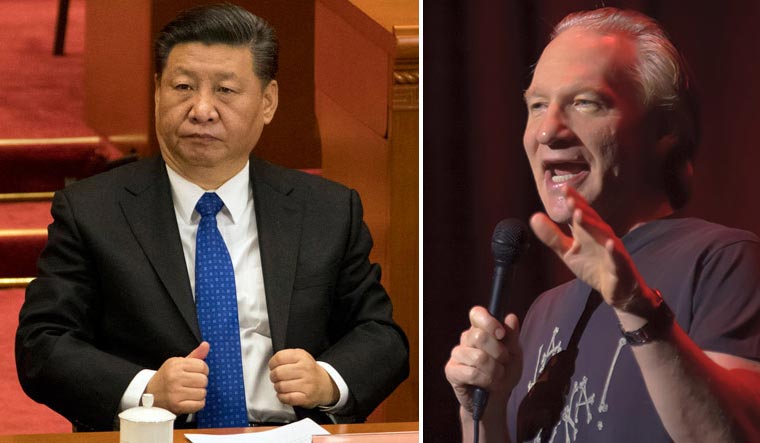 US President Donald Trump came under fire from many for calling the coronavirus the Chinese virus. Social experts suggested that it encourages racism against Asian Americans.

Xi Jinping was not happy about the president addressing the virus as the Chinese virus. The two nations even ensued a blame-game over which nation started the virus. In fact, for about a week or two towards the second half of March, Trump maintained that China hid initial information about the virus and the world is paying a ‘big price’ for china withholding crucial information.

Finally, in a bid to deescalate tensions between the two nations, Trump, after a call with China’s President Xi Jinping, agreed to stop calling COVID-19 the Chinese virus.

Turns out, Trump was, after all, not wrong to call the virus after the place of its origin.

Comedian Bill Maher on Friday’s episode of Real Time with Bill Maher said it should be okay to call coronavirus the ‘Chinese virus’.

He went on to say why he thought it was okay to name diseases based on where they originate.

If one were to think about it, Maher is right about it. Scientists have been naming diseases after the places they came from for a very long time. Zika is from the Zika Forest, Ebola from the Ebola River, hantavirus the Hantan River; then there is the the West Nile virus and Guinea worm and Rocky Mountain spotted fever. MERS is short for Middle East respiratory syndrome.

Maher defended Trump's terming the coronavirus as the Chinese virus by saying that it originated in the wet markets of China, and that, China must be held responsible for the same—this bit seems logical to say the least.

For the virus did originate in a wet market in Wuhan and was transferred from an infected bat to a human. SARS or severe acute respiratory syndrome too originated as a result of wildlife trading in Guangdong province—it was linked to a mix of several species in cramped cages. SARS affected more than 8,000 people across the globe. The H7N9, a strain of bird flu, originated, in a  bird market in China. The spread of this flu was somehow, limited to China, Hong Kong, Taiwan and Malaysia. A total of 619 deaths were seen.

It could, therefore, be said that China has been a hotspot of sorts for viruses that transmit from animals to humans and should take some responsibility for the same.

China, to be put in Maher’s words, should not get a pass. COVID-19 should be called the ‘Chinese virus’ so that the world, as well as China, knows the implications that its wildlife trade is having on the rest of the world.

As a Guardian report points out, not only did the virus originate in China, but doctors were not allowed to sound the alarm about it either. China’s Communist Party also censored people who attempted to raise alarm bells about the virus. And this probably made the situation worse than it could have been. Li Wenliang, a 34-year-old ophthalmologist at Wuhan Central Hospital tried to warn his medical school classmates about the existence of the SARS-like virus but was detained on January 1 for rumour-mongering.

Yes, currently China and rest of the world should work together in stopping the pandemic. At the same time, it cannot be ignored how China is propagating its efforts in conquering the disease.  According to an Economist report, China has come out with a book, A Battle Against Epidemic: China Combating Covid-19 in 2020, which glorifies how the nation handled the epidemic under the leadership of Xi Jinping. The book has dubbed Xi as ‘Commander of the People’s War’, even as the country's economy struggles to recover from the impact COVID-19 left behind.

Analysts in a Reuters report, warn of a period of struggle for China’s businesses and the broader economy due to the rapid spread of the virus across the world.

Coming back to China owning up for the COVID-19 mess, China, on April 10 removed bats, dogs and pangolins from a list of meat fit for human consumption. It has not, however, banned wildlife trading. Moreover, the ‘yes’ list of meats includes deer, alpaca and ostriches. There isn’t much guarantee that a new kind of disease won’t emerge from these species.

After the SARS epidemic, China banned wildlife trading but then lifted it after just three months. Administration announced that 54 types of wildlife, civets included, could be consumed and sold, as long as they were raised on farms.

And now, here we are with the COVID-19 pandemic.

Post the outbreak of COVID-19, a permanent ban was imposed on wildlife trading and the consumption of wildlife meat on February 24. Since then more than 20,000 shops selling a variety of meats were shut, including farms raising peacocks, porcupines, ostriches and other animals.

However, this was but a small step towards the prevention of similar outbreaks in the future. As per a report by the LA Times, it still leaves the loophole of allowing wildlife to be used for traditional Chinese medicine, including animal-based remedies that national health authorities are now prescribing as a treatment for the coronavirus.

The law permits farming of bats, pangolins and bears to make medicine from their feces, scales and bile, which drives the demand for wildlife and raises the risk of another pandemic.

Such illicit wildlife trade includes practices like stacking animal cages one on top of the other, leading to animals at the bottom being soaked with liquids from animals on top including excreta, pus and blood, making them sick.

And this is how viruses jump from one species to another. Dr Vincent Nijman, a wildlife trade researcher at Oxford Brookes University in England was quoted in a New York Times report as saying that basic hygiene isn’t followed in these markets either, where the same blade is often used to chop different species. Newer, exotic animals are often introduced in the trade as well.

Experts say that only a complete ban can prevent similar outbreaks in the future. In a CNN report, wildlife campaigner Aron White, too, said that the Chinese government needed to avoid loopholes by extending the ban to all vulnerable wildlife, regardless of use.

So, coming back to the uproar against calling coronavirus the ‘Chinese virus’, don’t we have more reasons to call it so?