Did the coronavirus originate from a Wuhan wholesale fishmarket? 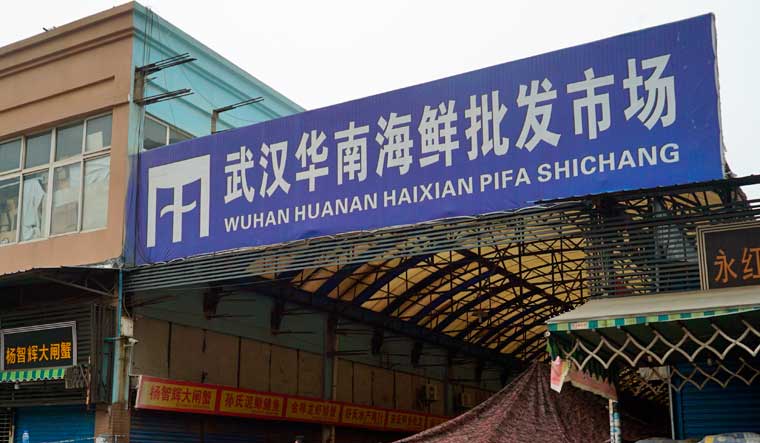 The Wuhan Huanan Wholesale Seafood Market, where a number of people related to the market fell ill with a virus, sits closed in Wuhan, China, Tuesday, January 21, 2020 | AP

The Chinese Center for Disease Control and Prevention has isolated 35 instances of the coronavirus in seafood samples from the Huanan Wholesale Seafood Market in Wuhan.

According to Xinhua, 33 of the 585 samples taken from the from Huanan market contained the nucleic acid of the coronavirus (2019-nCoV). The market, which sells much more than just fish, is a hub of wildlife trading.

Experts say the findings suggest a link between the trade of wild animals and the origin of the virus.

The Huanan market sells everything from fish to snakes, wolf pups and even koalas. It was closed on January 1, while the sale of wild animals was also banned throughout the province.

A national ban on the sale of badgers and bamboo rats was also announced, both animals that had been sold in the Huanan market.

A study published in The Lancet, however, suggests that the market mat not be to blame. The study, published on January 24, details the characteristics, treatment and clinical outcomes of the first 41 hospitalised patients of the coronavirus. According to the study, the earliest patient, who had an onset of symptoms on December 1, had no link to the seafood market, and none with later patients either.

Both Chinese health authorities and the World Health Organisation had earlier stated that most cases had some link to the Huanan market. The possibility that someone was infected outside of the market and then brought it to the area is still plausible, with the likely source of origin being animal-to-human.

A study published in the Journal of Medical Virology on January 22 said that the 2019-nCoV appeared to be a mix of a coronavirus that infects bats and one of unknown origin. By studying the genetic sequence, they found several possible hosts including marmots, hedgehogs, bats, birds, humans and snakes—with snakes identified as the “most probably wildlife animal reservoir”.

Yet another theory,  is that the virus originated from a biowarfare lab—China's most advanced—that is based in Wuhan.  Dany Shoham, a former Israeli intelligence analyst, told the Washington Times that the virus could have originated in this institute, where he says the coronaviruses including SARS have been studied in the past.

Meanwhile, the John Hopkins Public University has produced a live map of the various areas reporting coronavirus cases around the world, along with a live ticker of the number infected.

As of January 27, the coronavirus had a death toll of 82 in China alone, with over 2,70 infected in the country. Seven cases have been reported in Thailand, three in Japan, three in South Kroea, three in the Unitef Sates, two in Vietnam, four in Singapore, three in Malaysia, one in Nepal, three in France and four in Australia.