The term had been used by US President Donald Trump 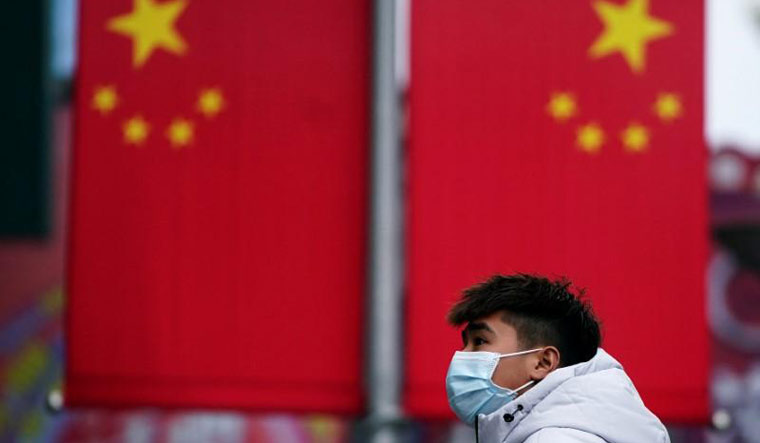 The WHO website does not specifically point to China as the origin of the disease, but states that “COVID-19 is the infectious disease caused by the most recently discovered coronavirus | Reuters

China has refuted the term Chinese virus that certain sections, including US president Donald Trump, have used to describe the COVID-19 pandemic. It has termed such usage as irresponsible and said that they do nothing to help international cooperation in epidemic prevention and control. “We are strongly opposed to these arguments,” said Ji Rong, spokesperson of the Embassy of CHina in India,

Rong said that the ``World Health Organisation had stressed that any discriminatory practices should be condemned and the use of `China' and `Wuhan` [in association with the disease] must be corrected.” Earlier, UN secretary general António Guterres has said that it was shameful to see increasing acts of racial discrimination and prejudice as we fight the COVID-19 pandemic” and that “we must always fight racism and prejudice.”

The prejudice isn't restricted to China and the Chinese people alone. In India itself, over the past few days, people of north east origin have been harassed. Meiyang Chang, an actor of Chinese origin, took to social media to talk about how he was called ‘corona’ whilst going on his morning jog. A group of students from Nagaland were also harassed in Kolkata over the disease.

Rong pointed out that there is a clear consensus in WHO and the international community that a virus should not be linked to any specific country, region or ethnic group. She noted that the “pandemic of influenza in 2009 originated in North America but WHO did not call it the North American flu . It was eventually named Influenza A virus subtype H1N1.”

The spokesperson added that the origin of the novel coronavirus was a matter of science and that research by scientists from the US, Europe, China, Japan and the WHO had shown there was no certain conclusion of the origin of COVID-19. “Although Wuhan city in China first reported the outbreak, there is no evidence that China is the source of the virus that caused COVID-19.”

The US Centers for Disease Control and Prevention (CDC) estimates that the season flu starting from September 2019 has so far sickened more than 30 million people and killed more than 20,000, and CDC director Robert Redfield admitted some were actually COVID-19

The WHO website also does not specifically point to China as the origin of the disease, but states that “COVID-19 is the infectious disease caused by the most recently discovered coronavirus. This new virus and disease were unknown before the outbreak began in Wuhan, China, in December 2019.”

The name of the disease, COVID-19 was announced by the WHO on February 11, in association with the Food and Agriculture Association (FAO) and the World Organisation for Animal Health. The coronavirus (so called for its crown-like shape) which causes the disease was named Cov-SARS 2 by the International Committee on Taxonomy of Viruses, and the name was announced on February 11.

In 2015, the WHO had issued guidelines for naming diseases to minimize unnecessary negative impact of disease names and to avoid causing any offence to any cultural, social, national, regional professional or ethnic group, stressing against not identifying countries with disease names.

The WHO also says that “The Ebola virus causes an acute, serious illness which is often fatal if untreated. Ebola virus disease (EVD) first appeared in 1976 in two simultaneous outbreaks, one in what is now Nzara, South Sudan, and the other in Yambuku, DRC. The latter occurred in a village near the Ebola River, from which the disease takes its name.”

The zoonotic disease Nipah was named after a village in Malaysia, Sungai Nipah, where it was first identified by Malaysian authorities in 1999.

The great influenza pandemic of 1918 is known as the Spanish Flu, a name Spain hates and has tried hard to dissociate itself from. In fact, it is not even certain whether the disease originated in Spain, in fact some researchers believe it could have originated in the US, with one of the first clusters in a military camp in Kansas.

Trump has recently said that he will stop using the term Chinese Virus although he didn't regret using it. He was quoted as saying: “Look, everyone knows it came out of China, but I decided we shouldn’t make any more of a big deal out of it. I think I made a big deal. I think people understand it. But that all began when they said our soldiers started it. Our soldiers had nothing to do with it.”