China removes dogs and bats from list of edible animals 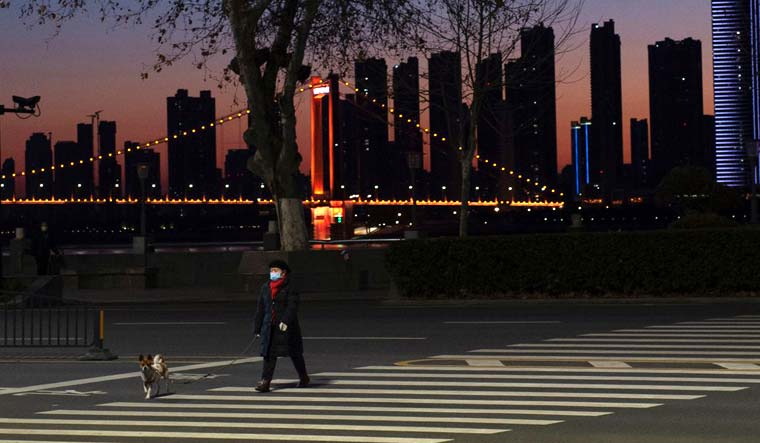 An elderly man crossing the road with a dog by the Yangtze river in Wuhan, Hubei province, the epicentre of China's novel coronavirus disease (COVID-19) outbreak, February 17, 2020 | REUTERS/Stringer/Aly Song

In a first, the Chinese government has drafted a list of livestock and other animals that can, and cannot be, consumed by humans safely in wake of the coronavirus pandemic.

As per a CNN report, the safe list includes traditionally consumed animals like pigs, cows, chickens, and sheep. The draft policy released by the agriculture ministry allows for speciality livestock like deer, alpaca and ostriches to be reared for meat. As per the list, animals like foxes, racoons and minks may be kept as livestock but cannot be consumed as food. However, they may still be reared for their fur.

The unsafe list or the list of animals that have been deemed not suitable for human consumption includes dogs, bats and pangolins.

As per a statement by the Chinese government, “With the progress of human civilization and the public’s concern and preference for animal protection, dogs have evolved from traditional livestock to companion animals.”

On April 2, Shenzen became the first city to pass a bill that banned residents from eating dogs and cats.

The COVID-19 pandemic is said to have originated in a wet market in Wuhan, where a 55-year-old man first contracted the virus from a bat.

Following the outbreak of the virus, the Chinese government in May has banned the trade of wild animals for food.

The draft list that bans consumption of meat from dogs, pangolins and bats is yet to be official.

As per the Humane Society International, the proposed list could be a ‘game-changer’ for animal protection in China. Rearing wild animals for meat is a highly lucrative trade in southern China. Consumption of meat from wild animals is not unheard of in the rest of the mainland, but it is not very common.