Don't judge Indian team on basis of one or two bad performances: Jadeja

He said that in the ongoing T20 World Cup, dew has been a game-changer 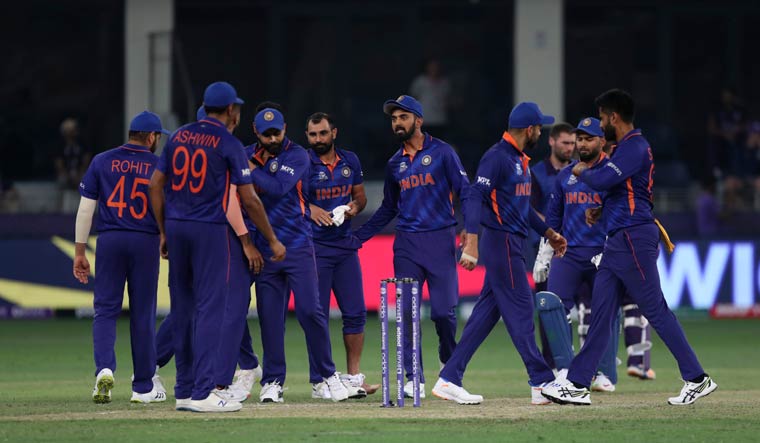 Senior all-rounder Ravindra Jadeja says that it is unfair to judge the current Indian team on the basis of one or two defeats after consistent good performances at home and abroad in the last three years.

Jadeja, who was adjudged 'Player of the Match' for his 3 for 15 against Scotland, was asked in the context of his skipper Virat Kohli's assertion that the team wasn't "brave enough" against New Zealand during their second game which they lost by eight wickets.

"If you look at it that way, then in last two to three years, we have played some really good cricket, whether it's in India or overseas. So it's not fair to judge us on basis of one or two games," Jadeja said after India's 8-wicket win over Scotland.

"In T20 cricket, any team can have an odd bad game or two but you can't think too much about those defeats. You have to move on and think about the opportunities ahead. We will take the positives from those two games and look to play well in future games," he added.

India played three specialist spinners on the day but Jadeja said that his role was the same it has now been for years.

"My role was the same. I looked to take wickets in middle overs and bowl like how I bowl usually. No change in plans just because we were playing Scotland. It was a simple basic plan. Look to bowl in good areas and let the wicket do the rest."

He admitted that in the ongoing T20 World Cup, dew has become a game-changer and often the same team that looks disoriented while batting in the first innings is looking like a different team when batting second.

A case in point was India's chase of 86 in just 6.3 overs on Friday night.

"In the first innings of these games, the ball is stopping and gripping a bit off the surface. If you bat in the second innings, dew makes the track flat and batters then find it very easy.

"When you are batting first on these tracks, we are not getting the starts we are used to and when the start is a poor one, it becomes difficult to come back in the middle overs. For that, winning toss becomes important and as then you can opt to bat second."

Even after two defeats and while staring at the exit door, the Indian team didn't press the panic button, asserted its senior member.

"We didn't press the panic button because as I said earlier, you will have a few bad matches in T20s and especially in these conditions toss has become important as dew is becoming a game-changer. If the team that bats first in one game gets to chase in another, you can see the difference,

"Dew is making it seem as if the first team to bat is playing on a different surface as to the chasing team."

He ended the press conference on a cheeky note when a scribe asked, "what if New Zealand beat Afghanistan? What would you do?"

"Then we will pack our bags and go home. What else will be left then," he said with a smile.