Mumbai Indians won the 2020 edition for a record 5th time 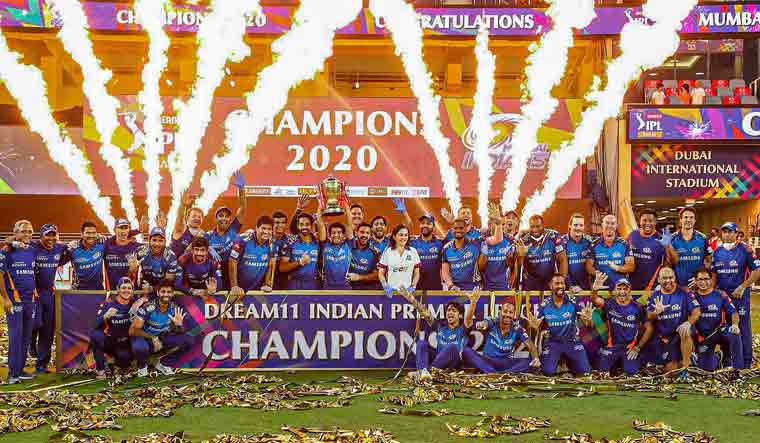 The 2020 IPL has come to an end and although the competition has been very different from what we are used to, it has certainly been fun. Games have been played outside of India for the first time, and no fans have been in attendance, leaving us all to follow the action from home. The players have certainly made it worthwhile though, with many big performances during the two months of play with both the bat and ball. But who were the players to really stand out and show they are amongst the best in the world? Here we take a look at two bowlers and two batsmen who have come to the fore this season.

The South African pace bowler Kagiso Rabada took home the purple cap this season, an award given to the leading wicket taker in the competition. He took 30 wickets this season, leading the Delhi Capitals to their first IPL final appearance, though they were beaten by the Mumbai Indians in that game. The wicket taking abilities of Rabada played a big part in why the Capitals did so well this season, he clearly felt at home on the pitches in the UAE and delivered for his team. He recorded best figures this year of 4/24 in one game, which is just over his best over IPL game figures of 4/21. There has been a little less focus on spin this season due to the games moving away from India and players such as Rabada have been able to take advantage of that.

English paceman Jofra Archer has had a great tournament and really improved his reputation this year. He’s made an impact with more than just the ball, but goes here as he is known as a bowler. His tally of 20 wickets as a standalone stat is not overly impressive, but on top of that he also scored 113 runs at the bottom of the order. Those runs came quickly and were vital in helping the Rajasthan Royals win games. He averaged over 18 in the tournament and had a high score of 27 not out, his best over IPL score.  More importantly, especially given where Archer comes into the attack, he scored with a strike rate of 179.36%, quickly putting runs on the board. Archer was given the award for being the most valuable player this season, highlighting his overall contribution to his team, not just with the ball but also with the bet.

The captain of Kings XI Punjab put up the best batting figures in the IPL this year to take home the orange cap from the tournament. We have seen Rahul at his very best this year, handling the pressure of captaining his team but also managing to score big. He was just one of two players to score more than 600 runs this season, ending with 670 runs from 14 games as the Kings XI did not get out of the group stage and into the knockout round. For the past four seasons we have seen Rahul excel with big numbers, but those this season were his best yet. A high score of 132 not out is the best he has ever scored in the IPL, while his average of just over 55 is also his best. He’s been a big favourite with those betting from India on the 2020 IPL, offering a constant source of runs.

The emerging star from the 2020 IPL has certainly been Devdutt Padikkal. The 20 year old has enjoyed his first full season playing for the Royal Challengers Bangalore and looks to be a real talent for the future based on what we have seen so far. He scored 473 runs from 15 games, with a high score of 74 and an average of over 31. He scored five 50s in the competition, which averages at one in every three games. To do all of this is impressive enough in its own right, but to do it all in your first year in the competition and as a 20 year old is even more impressive. To put all of this into perspective, Padikkal ended as the top scorer for his team, which put him above both Virat Kohli and AB de Villiers, two hugely experienced international cricket stars. Rightfully so, Padikkal took home the emerging player award for the season and plenty of excitement surrounds him moving forward.