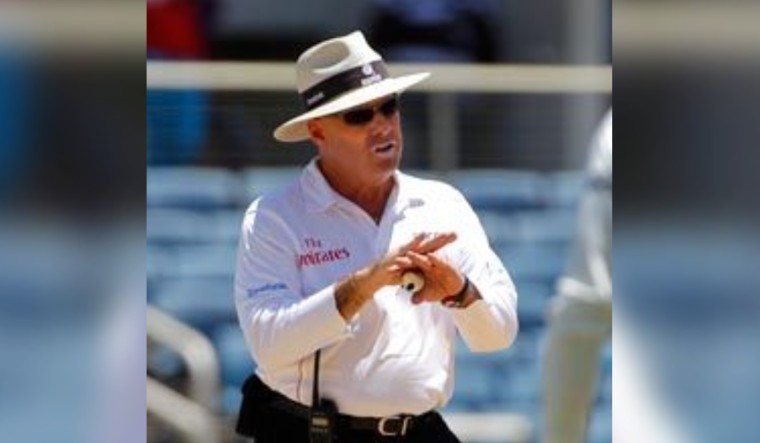 Umpire Daryl Harper has revealed that he still stands by his decision to give Sachin Tendulkar out during the Adelaide Test in 1999 when the Indian captain was hit on the shoulder as he ducked facing a bouncer from Australian pacer Glenn McGrath.

Harper was at the receiving end of the backlash that followed then, but the veteran umpire said, while recalling the incident from over 20 years ago, that it was the right decision and he is “extremely proud” of it.

“I look back on that ‘Tenducker’ decision every day of my life. It’s not that I sleep badly or have nightmares and replays dancing through my brain. When I walk through my garage I am confronted by a huge canvas print of Sachin and Glenn McGrath, taken momentarily after the ball made contact,” the Australian umpire was quoted as saying to Asianet Newsable.

“You may be disappointed to know that I’m still extremely proud of that decision because I considered the action before me and applied the Law without fear or favour.”

McGrath had also spoken of the same incident earlier this year, saying that due to Tendulkar’s height, the low bouncer hit the Indian batsman on the shoulder, just above the bails, hitting the middle stump.

“The bouncer will generally bounce and clear him quite easily, but that day when it bounced, it kept low and he ducked it and it hit him on his shoulder. And because he is not very tall, when he ducked it… from where I could see, I could see the bails over the top and it was hitting the middle stumps,” McGrath said.

“So, I appealed and the umpire gave him out and he was not happy. So he walks off. Is it LBW? Probably, it should have been SBW or Shoulder Before Wicket,” he had quipped.

Harper also recalled that Sachin, who was captain at the time, did not note the decision while assessing the umpire’s performance on the post-match paperwork.

He added that in December 2018, he met Indian selector MSK Prasad, who had kept wickets during the 1999 Test at the Adelaide Oval. Prasad had said to Harper, “Sachin said he was out.” Harper said he thought so too.

The veteran umpire found himself in another controversy involving the Indian team in 2011 when he was criticised for a series of umpiring error during India’s tour of the West Indies. He retired from umpiring (just two weeks before his contract expired) soon after the match in which then captain Mahendra Singh Dhoni made comments against him for his decisions. Harper said that he felt targeted by the Indian team during the match.