I was unprofessional, indecent: Manjrekar on on-air tiff with Harsha Bhogle 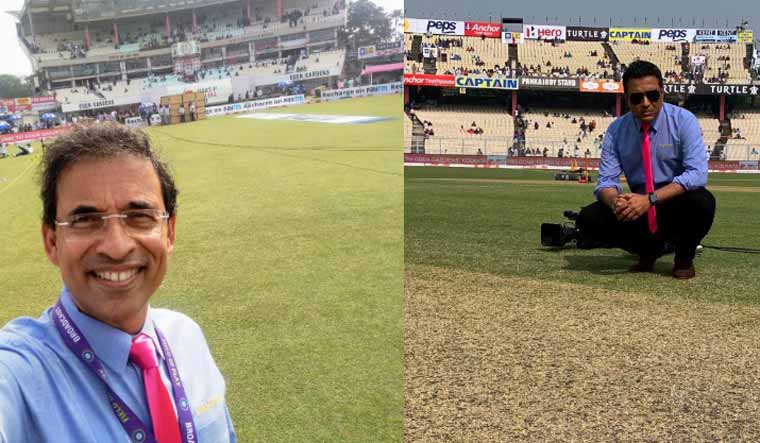 “I started this profession (cricket commentary) in 1997-1998, so it’s been about 20-21 years. It’s been the worst year for me as analyst and a commentator.” It was a candid confession from cricketer-turned-commentator Sanjay Manjrekar, who has been in the eye of the storm more than once as an analyst this year.

Speaking to ESPNcricinfo, Manjrekar opened up about the much-discussed two instances—first, when he called all-rounder Ravindra Jadeja a “bits-and-pieces” player, and then when he had an on-air argument with fellow commentator Harsha Bhogle.

"This has been the worst year for me as an analyst and as a commentator. One thing I pride myself on is professionalism and with that particular comment (on Bhogle), it was me losing control and I was unprofessional, I was wrong and it is something that I regret,” Manjrekar said. “It was wrong of me and it is what really bothers me I let my emotions get the better of me. Mostly being unprofessional and to an extent indecent as well," he said.

During the Pink Ball Test between India and Bangladesh at the Eden Gardens in Kolkata, Manjrekar was criticised by netizens for allegedly 'insulting' Bhogle during a disagreement over players' perception of using the pink ball. Two Bangladesh batsmen had to call for concussion substitutes on the first day of the Kolkata Test after taking blows on the head from the pink ball.

Bhogle sought that a "postmortem" be done for the game, as "visibility of the [pink] ball will be a big factor against the white sight screen".

Manjrekar retorted, saying he did not "think visibility is an issue at all", referring to slip catches taken in the match. Manjrekar felt the texture of the ball was the issue.

Bhogle argued it was necessary to seek the opinions of players who had played using the pink ball. To this, Manjrekar said, "For us who have played the game, we get a fair idea about what is happening out there," apparently alluding to his extensive first class and international experience as a cricketer, and Bhogle's lack of experience.

Manjrekar reaffirmed that visibility of the pink ball was not an issue, emphasising, "I say this with some authority" as he had "10-15 years of first class cricket" and the texture of the ball used in those matches was similar to the pink ball. While the argument between Manjrekar and Bhogle ended with them agreeing to disagree, Twitter users were angry with Manjrekar, with many seeking an apology from him.

“First thing that I did was apologise to the producers because I was wrong,” Manjrekar said on ESPNcricinfo's videocast.

"People who have read my book know that I have actually made plea for production companies to have good commentators, doesn't matter whether they have played cricket or not."

Earlier, during the World Cup this year in England, Manjrekar had to face heavy flak from Indian fans for describing all-rounder Ravindra Jadeja as a "bits-and-pieces" cricketer.

"I am not a big fan of bits and pieces players which Jadeja is at this point of his career in 50-over cricket. In Test matches, he is a pure bowler. But in 50-over cricket, I would rather have a batsman and a spinner," Manjrekar had said.

Jadeja hit back at Manjrekar, terming his comments "verbal diarrhoea". "Still i have played twice the number of matches you have played and i m still playing. Learn to respect ppl who have achieved. i have heard enough of your verbal diarrhoea (sic)," Jadeja tweeted tagging the commentator.

The 53-year-old former player was also criticised for his series of tweets criticising Mahendra Singh Dhoni, Mohammed Shami and K.L. Rahul. Pointing out that Dhoni scored more runs off spinners during the warm-up matches, Manjrekar said the player and former India captain ‘does not put his wicket on the line as much during big games’.