Liverpool edge Chelsea 2-1 to stay top of the table 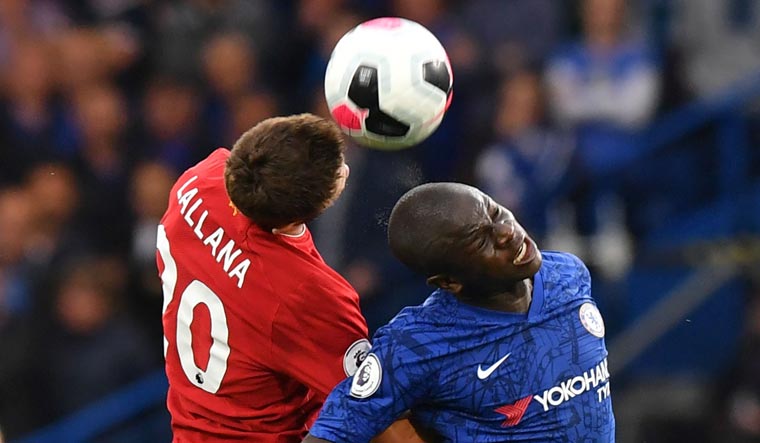 A Mohamed Salah free-kick flick to Trent Alexander-Arnold in the 14th minute gave Liverpool the early lead they needed. Roberto Firmino followed soon after, also via a free kick, to cement Liverpool with a 2-0 lead that would last until the 71st minute, when N’Golo Kante scored the solitary goal for Chelsea.

A disallowed goal by Cesar Azpilicueta (thanks to VAR) prevented Chelsea from levelling the score early. In the final minutes, Chelsea missed several opportunities to score with Cesar Azpilicueta being denied a goal on grounds that it was an offside that led to it, and both Mason Mount and substitute Michy Batshuayi missing chances to score.

To make matters worse for Chelsea, they lost two players to injuries in the very first half, with both Emerson Palmieri and Andreas Christensen going down.

The match was Liverpool's in the first half, as they played an aggressive game that paid off early. However, Chelsea dominated in the second half, though Lampard still proved unable to equalise.

Speaking after the match, Lampard said, "Performance-wise we were the better team. We had more energy in our game, character and spirit. That's why the crowd applauded at the end. Let's take this forward." Liverpool's Jurgen Klopp felt his side could have scored more goals, however. "The first half was hard work. It is about momentum in games like this and I think we got that in the first half. We scored two wonderful goals and we could have scored directly after half time two more. We deserved the three points, it is difficult to win here."