Established in April 1878, it is one of the oldest clubs in the country 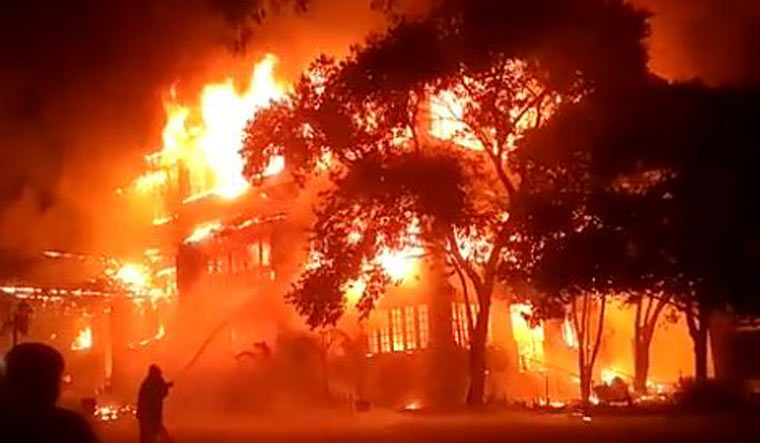 The heritage building housing the historic Secunderabad Club, established in the British era, was gutted by a large fire in the wee hours of Sunday.

The Secunderabad Club was established in April 1878 and is one of the oldest in the country.

Media reports said the fire service was informed about the blaze around 2.30am. Seven fire tenders took more than four hours to control the blaze.

“The damaged main building has the reception, bar and dining area, kitchen, ball room, super market, offices of the management, store room and billiards room. The structure has a lot of wood, which, according to fire officials, is a reason for rapid spread of flames,” The Times of India reported. Reports said the fire caused losses amounting to at least Rs 25 crore.

The Hindu added, “Membership to the Club is extremely difficult to get these days. The Club has slowed down on granting new memberships due to a large member base. Memberships are bequeathed across generations by the members, much like family heirlooms. And for new applicants, the current waiting list is at least 15 years...”