In September, SC refused to entertain students who asked for deferment of the exam 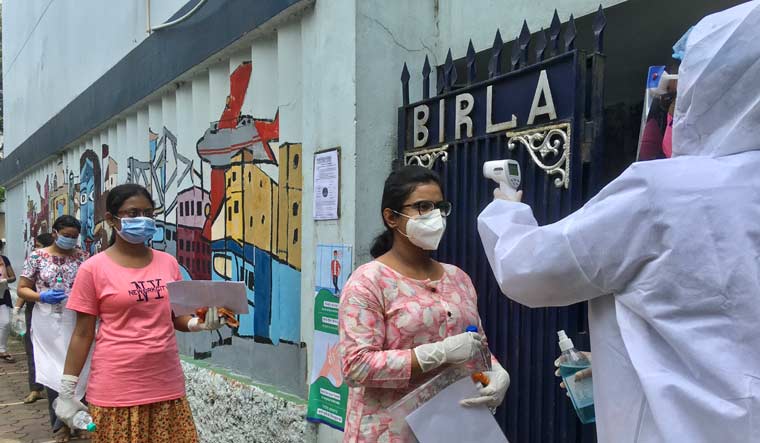 Students at a NEET exam centre in Kolkata | Salil Bera

The Supreme Court has allowed National Testing Agency (NTA) to conduct NEET exam on October 14 for students who could not appear for it due to COVID-19 infection or because they were residing in containment zones. ANI reported that the results will be announced on October 16. NEET 2020 was conducted on September 13, 2020, for admissions to 80,005 MBBS seats in 542 medical colleges, 26,949 BDS seats in 313 colleges, 52,720 AYUSH seats in 914 colleges plus BVSc and AH seats in various colleges across India.

The exams were conducted despite several students protesting against the exams being held amid the pandemic and flooding in several parts of India. Climate activist Greta Thunberg also supported the cause and said the exams be postponed.

The official notice regarding NEET 2020 Phase 2 would be released soon on the official website. Around 15.97 lakh students have registered for NEET exams in 2020. The exams that took place in September followed all rules of social distancing and hygiene.

Authorities will take all necessary steps for conducting the NEET-undergraduate exam during the pandemic in a safe manner, a Supreme Court bench headed by Justice Ashok Bhushan said.