G.C. Murmu was a key bureaucrat and 'troubleshooter' during Modi’s rise to power 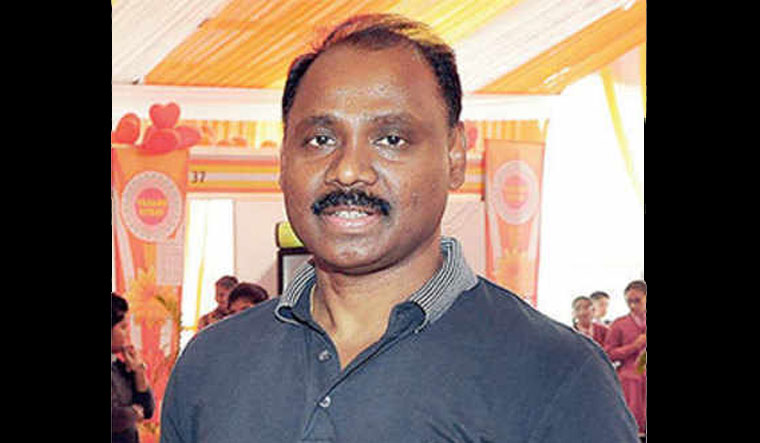 On Friday, October 25, Girish Chandra Murmu was appointed the first Lieutenant-Governor of the Union Territory of Jammu and Kashmir.

Murmu’s appointment came with less than a week to go before the formal reconstitution of the state of Jammu and Kashmir into the Union Territories of Jammu and Kashmir, and Ladakh. As a civil servant, Murmu, 59, worked closely with Narendra Modi for over a decade.

A 1985-batch Gujarat cadre IAS officer, Murmu is the incumbent expenditure secretary. He is from Sundargarh district in Odisha and holds a Masters Degree from Utkal University in Bhubaneshwar and an MBA from the University of Birmingham in the UK.

Murmu played an instrumental role as Modi’s principal secretary when the latter was chief minister of Gujarat. His name had come up during investigations into the 2002 riots and Ishrat Jahan encounter.

Among the allegations against Murmu was the allegation that he was "deputed to tutor the witnesses who were to depose before Nanavati Commission in 2004" (as recorded in the note by Amicus Curae Raju Ramachandran in the interim report that was submitted to the Supreme Court in 2011).

The allegation was by R.B. Sreekumar, a 1971-cadre IPS officer who technically outranked Murmu but said that Murmu was “authorised and entrusted with the task of tutoring and briefing government officials deposing before the Nanavati Commission by the highest authorities of the government and Home Department”. He claimed that Murmu also briefed the senior-most IAS officer in the state at the time, Ashok Narayan.

The allegations were mentioned in particular in 2015, when Murmu was rumoured to be one of the frontrunners for the position of director of the Enforcement Directorate.

Murmu was also questioned by the CBI in 2013 in relation to the Ishrat Jahan encounter case, as he was said to have been present during a closed-door meeting where he and other officials allegedly sought to influence police officials investigating the encounter.

A Tehelka exposé that year claimed that Murmu was among those whose conversations were recorded by former ATS member G.L. Singhal, in which he allegedly discusses ways to derail the Ishrat Jahan investigation, with other senior officials.

In Lance Price’s book The Modi Effect: Inside Narendra Modi‘s Campaign to Transform India, Murmu is described as among Modi’s chief confidants (principally on legal affairs) in the run-up to the 2014 Lok Sabha elections.