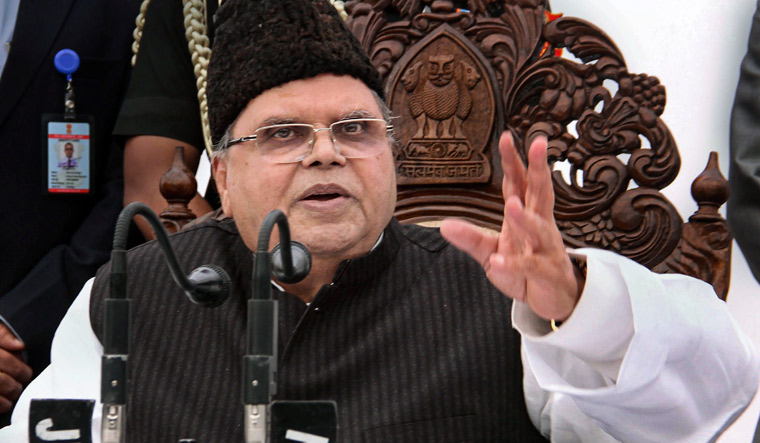 The incumbent governor of Jammu and Kashmir, Satya Pal Malik, has been moved to Goa, a Rashtrapati Bhawan statement said.

Murmu is a 1985-batch IAS officer of Gujarat cadre. Mathur, a 1977-batch officer of Tripura cadre, has served as the defence secretary and is a former chief information commissioner (CIC).

While Murmu was set to retire from service in November this year, Mathur retired from the Central Information Commission (CIC) in November last year.

The two Union Territories of Jammu-Kashmir and Ladakh will come into existence on October 31.

The Modi government had on August 5 abrogated provisions of Article 370 that granted a special status to Jammu and Kashmir and bifurcated the state into union territories.

In an another order, former Intelligence Bureau (IB) chief and Union government appointed interlocutor to Jammu and Kashmir, Dineshwar Sharma, has been moved to Lakshadweep as the administrator, as per an order issued by the Union Home Ministry.

Assam Governor Jagdish Mukhi has been holding the additional charge of Mizoram.

Malik will take over charge in Goa where Mridula Sinha is serving.