'Howdy economy...Ain't too good it seems': Rahul's swipe at Modi ahead of US event 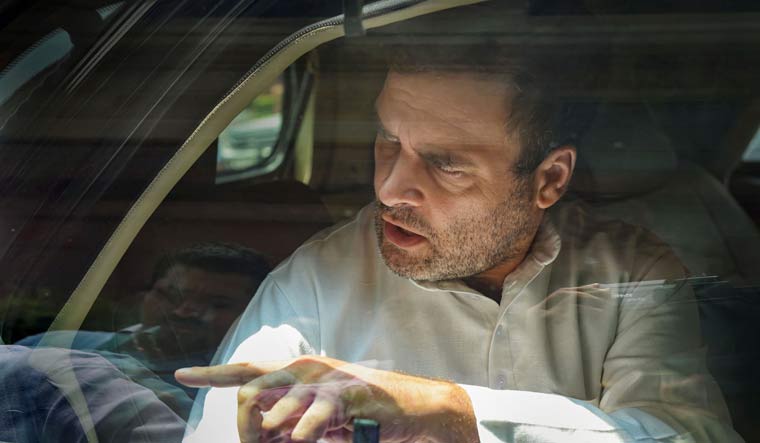 The Congress on Wednesday took a swipe at Prime Minister Narendra Modi's 'Howdy Modi' event in the United States that will be attended by US President Donald Trump, saying investors do not come by sponsoring events abroad.

Congress leader Rahul Gandhi took a dig at Modi's event by raising the issue of the state of the economy and said it seems that it is not in good shape.

He took to Twitter to say this ahead of Modi's visit to the United States, where he will address Indian Americans at the "Howdy Modi" event. US President Donald Trump will join Modi at the event in Houston.

He also cited a media report claiming that shares worth USD 4.5 billion have been sold by international investors.

Congress leader Priyanka Gandhi Vadra also attacked the government over the state of the economy, saying the confidence of investors is "shaken" but the Modi dispensation is refusing to acknowledge the truth.

The Congress general secretary also cited a media report which claimed that after pouring USD45 billion into India's stock market over the past six years on hopes that Modi would unleash the country's economic potential, international money managers have sold USD4.5 billion of Indian shares since June.

The confidence of investors is "shaken" and the foundation of economic investment has "cracked", she said in a tweet in Hindi with the hashtag 'BJP bad for business'.

"But the BJP government is refusing to acknowledge this truth. This slowdown is a speed breaker in the direction of becoming an economic superpower. Without improving this situation, all other razzmatazz is useless," Priyanka said in another tweet.

The Congress has been attacking the Modi government over the slowdown in the economy and has criticised it for its economic policies.