Sonia Gandhi: Reviving the Congress during its time of crisis 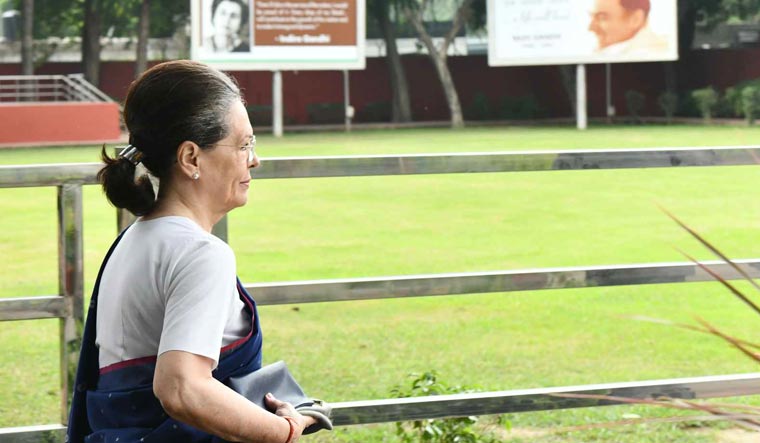 Sonia Gandhi makes a comeback as Congress President, one-and-a-half years after she had passed the baton to son Rahul, as her party, going through an existential crisis following the Lok Sabha debacle, chose to repose faith in its first family and hopes that her experience and leadership will help it tide over difficult times.

With Rahul refusing to withdraw his resignation as Congress President and turning down a unanimous resolution passed by the Congress Working Committee at the end of broad consultations involving state leaders, All India Congress Committee secretaries and Members of Parliament that he should continue to lead the organisation, the CWC, at its second marathon meeting on Saturday, resolved to request Sonia to take over as interim president of the party.

The CWC fell back upon the Gandhi family for leadership despite Rahul having declared around two months back, when he had announced his decision to step down as party chief, that the new president had to be a non-Gandhi.

On Saturday, at the region-wise group discussions that were held following the first round of the CWC meeting, involving PCC chiefs, Congress Legislature Party leaders and chief ministers, a vast majority of leaders said that they wanted Rahul to continue as party president. They expressed the view that he was best suited to lead the party at a time when it was going through an existential crisis and faced the huge challenge of countering the nationalistic agenda of the Narendra Modi regime and the aggressive moves being made by the Bharatiya Janata Party. Many leaders even said that the party will face desertions if Rahul did not remain president.

The message emanating from these discussions was clear―that only a Gandhi could hold the party together at this juncture and also offer a weighty ideological counter to Prime Minister Narendra Modi and the BJP.

With Rahul not acceding to the CWC resolution that he should continue as party chief, the highest decision making body of the Congress unanimously resolved to request Sonia to take over as interim president pending the election of a regular President by the AICC.

“The CWC and the members felt that since the country is going through a difficult situation, the country and the Congress need accountability to be fixed both inside and outside Parliament. Until a regular president is elected, the most experienced and tested leadership is that of Sonia Gandhi ji. You cannot snatch from us the right to decide who will be the most appropriate leader of the Congress at this juncture,” said Randeep Surjewala, head of the AICC Communications Department.

The choice of Sonia as the new party president did come as a surprise since she had made it amply clear after Rahul took over as Congress President in December 2017 that she was keen to recede into the background and not have an active involvement in the party's decision-making processes.

The 72-year-old leader, who first took over as Congress President in 1998 and occupied the post for nearly two decades, is also said to be keen on easing into political retirement because of health concerns. Also, Rahul had emphasised upon his successor being a non-Gandhi, this assertion of his giving rise to speculation that the party would get a president from outside of the family after a gap of over two decades.

However, Sonia is learnt to have agreed to the CWC plea that she take over as party president on the pre-condition that she will be at the helm of affairs only till the end of the assembly elections which are scheduled to be held later this year. After the state polls, the party will have to set in motion the process to elect its new chief.

As per the Constitution of the Congress, the CWC is empowered to decide only on the interim president. A regular party chief can be appointed only through organisational elections.

Sonia's comeback is in the backdrop of serious concerns being expressed by a cross-section of the party that only the Gandhis can provide the ideological glue to bind it at a time when it is beset with desertions.

The choice of Sonia as the new Congress President also represents a compromise being struck between the old guard, which dominated the process for choosing Rahul's successor over the last two months, and Rahul, who was not happy with the process adopted by them to arrive at a name to succeed him.

However, the party will have to brace for the criticism that it cannot look beyond the Gandhi family for leadership. The BJP's argument that the Gandhis are a symbol of dynastic politics and entrenchment of political power and influence in one family is likely to get strengthened.