This is the sixth edition of the Garuda series of exercises between India, France 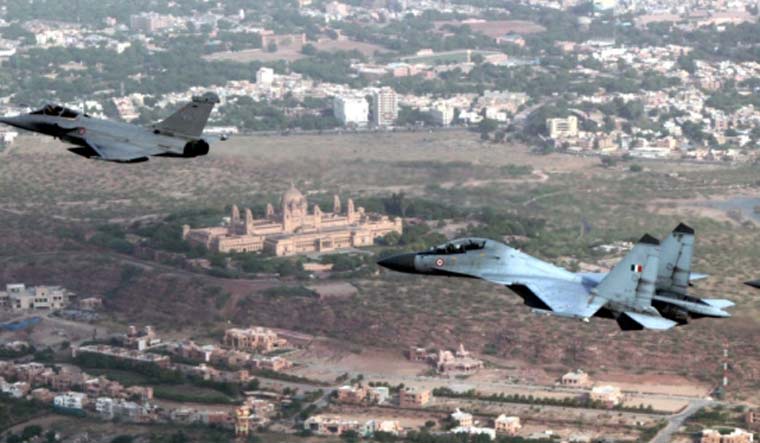 The Indian Air Force announced four Su-30MKI fighters will depart on Tuesday to France to participate in the Garuda VI exercise with aircraft of the French Air Force, including the Dassault Rafale. This is the sixth edition of the Garuda series of exercises that the Indian and French Air Forces hold together.

While the Indian Air Force and Navy have held exercises with the Rafale in the past, the sixth edition of Garuda is significant as the first of 36 Rafale jets for the IAF is scheduled to arrive in September.

#ExGaruda2019 : #IAF will be participating in its biggest joint air exercise of 2019, with the French Air Force (FAF) at France from 01-14 July 19.
The Garuda contingent will depart ex-India on 25 Jun 19.@SpokespersonMoD pic.twitter.com/fwb2kuR6Vr

In a brief video about the exercise, Air Commodore M. Ranade revealed that four Su-30MKI fighters, two C-17 transport aircraft and one Il-78 aerial refuelling tanker would depart from the Air Force Station at Bareilly, Uttar Pradesh. Ranade noted the aim of the exercise was to “learn lessons of best practices that each air force has to offer”.

While the Il-78 would refuel the fighters on their long journey to France, the C-17s will carry equipment, spares and personnel for the maintenance of the Su-30MKI fighters during the exercise. Garuda VI is scheduled to begin from July 1 and continue till July 14. The Garuda series of exercises have been held alternatively in India and France since 2003.

The first edition of Garuda was held in Gwalior in 2003 and second in Istres Air Force Base in France in 2005. The second edition of Garuda was the first exercise the Indian Air Force participated in in Europe. The third (2007) and fifth editions of Garuda (2014) were held in Kalaikunda and Jodhpur airbases, respectively. In the fourth edition of Garuda, held at Istres in 2010, Indian and French aircraft refuelled from each other's tankers, highlighting increased operating synergy.

The Rafale is a newer design than the Su-30MKI and features more advanced electronics, weapons and design features to reduce its detection by radar. Ironically, one of the requirements submitted by the French Air Force in the early 1980s to Dassault when designing the Rafale was the need to defeat in aerial combat the Soviet Union's MiG-29 and Su-27 fighters. The Su-27 was the basis of the design of the Su-30MKI!