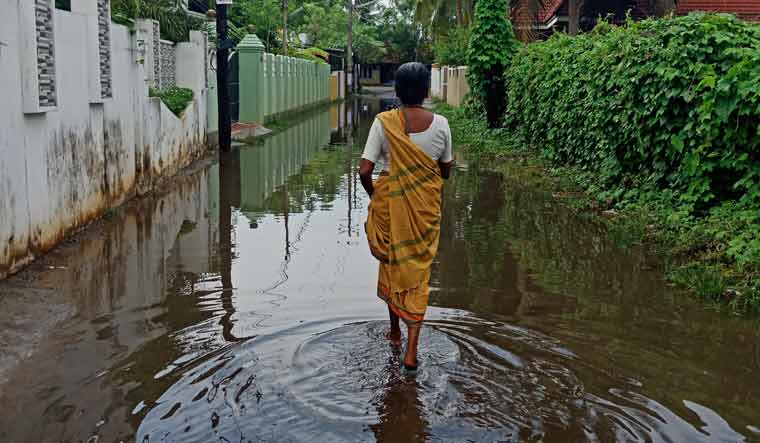 Phase III of the world’s largest voting event has kicked off to an eventful start, with voter turnout recorded at 25.49% before 1 pm, as reported by the Election Commission. The temperament at voting booths across the 117 constituencies represent a montage of emotions on the voters’ faces, ranging from hope and optimism to glumness. In anticipation of Election Day, the general sentiment on April 23 was not very different for residents of Molupuram Road at Eroor, a small area within the Ernakulam constituency of Kerala. Except that unexpected summer showers in the middle of the night greeted the dwellers with a flooded road replete with floating residue, which they now had to cross to get to their voting booth.

The stark contrast of the scenario on either end of that long road on Election morning can’t be dismissed. While on one end, we witness a congregation of worried residents discussing whether it even makes sense to exercise their vote in this climate of uncertainty regarding policy implementation to better the situation, the other end we see a vibrant show of gimmicks by party workers to entice the people. On the face of it, the situation does not look alarming. However, the people are apprehensive since they are unsure of how to survive the monsoon season post a period of distress during the Kerala floods. They do not want to relive the nightmare of having to leave their homes, only to return to a sight of wrecked possessions and utilities.

Repeated appeals to the concerned authorities for around a year have not ensured that much has been done to alleviate the population of their woes in this regard. But the majority of the people in this area still believe in democracy, and in the possibilities of good governance. That is why they set out to assert their vote, wading through the water, playing their part in ensuring the democracy lives on.

Extrapolating the incidents of this small area, one wonders how many such areas suffer in silence and for how many unheard reasons. It demands a re-thinking of what elections should really be about; not the victory associated with result day, but the triumphs associated with the fulfillment of duties. It raises the question of the importance given to the quality of each individual life in our country. While satisfying every one of the 1.3 billion strong citizen base may be an implausible ordeal, repeated attempts by communities to garner the attention of authorities towards issues that plague their existence must be given priority. There is no moving forward if we do not first address the issues related to the basic amenities that can ensure a minimum quality of life in the public domain.

However small an area, however unseen a community, a life is a life, and each life should matter. And on that note, here’s to yet another election season, here’s to hoping our collective voices are heard!