We will talk on Sabarimala, says Kerala BJP despite EC warning

EC has no right to say Sabarimala should not be debated, says Surendran 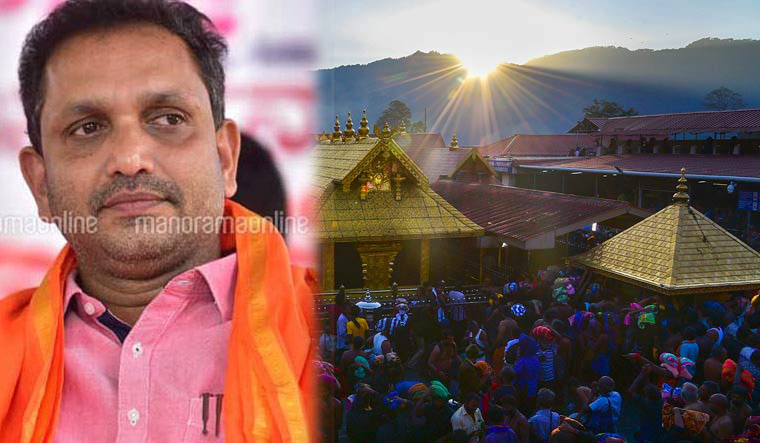 The Bharatiya Janata Party on Monday dismissed the Election Commission's warning that the issue of women's entry at Sabarimala should not be used in the poll campaign.

“Nobody has the right to say Sabarimala should not used in election campaign,” said BJP state general secretary K. Surendran, adding that his party would definitely debate the state government's stand on the issue.

Surendran's comments came in the wake of chief electoral officer in Kerala Tikka Ram Meena's direction on Monday that the Sabarimala issue cannot be debated in the election campaign.

“I don't understand on what logic the commission says that. It has no right to decide on which topic should be debated during election. That's up to the political parties,” Surendran said while talking to media in Kochi.

Surendran has been at the forefront of the campaign by a group of Hindu outfits against the CPI(M)-led state government which had maintained that it would implement the Supreme Court order allowing women's entry at Sabarimala temple.

BJP former state president Kummanam Rajasekharan also said that Sabarimala would be a topic of debate during the Lok Sabha elections.

“The instructions about Sabarimala was issued by an officer who was appointed by the left government in the state,” said Rajasekharan, adding that it was upto the central election commission to take decision on such things.

Rajasekharan recently quit his post as the governor of Mizoram and returned to Kerala to lead BJP's election campaign in the state. He is likely to contest from the Thiruvananthapuram constituency raising a tough fight for Congress's sitting MP Shashi Tharoor and CPI's C. Divakaran.

The BJP, which is keen to open its account in the state, hopes that the Sabarimala issue would give a major boost to the party. The saffron party had strongly opposed the state government's decision to “hurriedly” implement the top court order striking down the custom of barring women aged between 10 and 50 at the hill shrine in Pathanamthitta district.